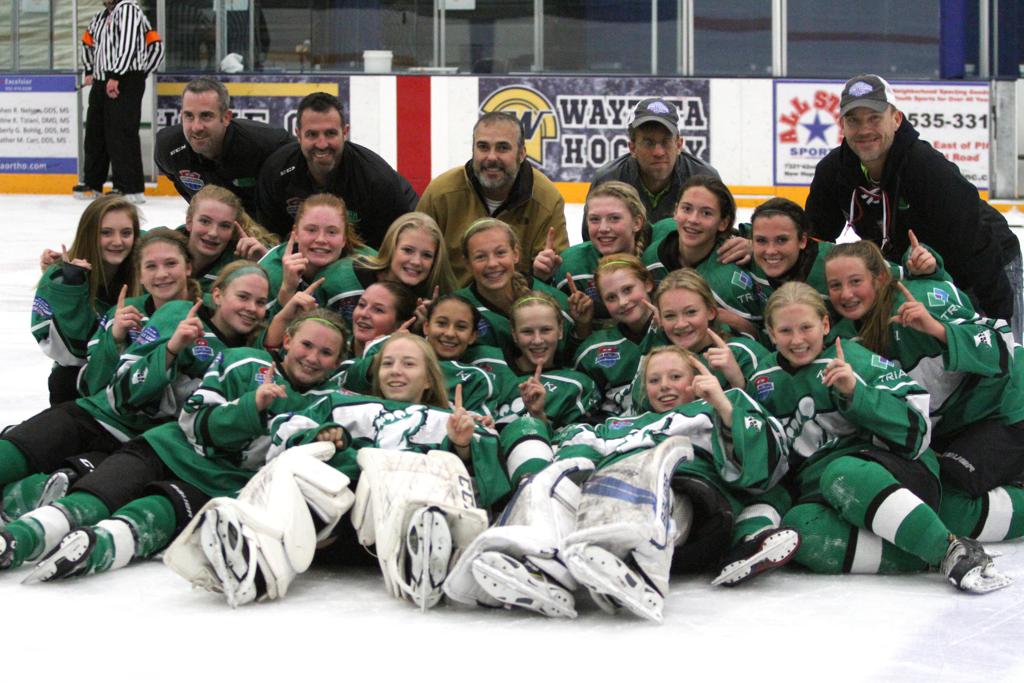 Green Giants breeze past Lakers in championship to finish unbeaten 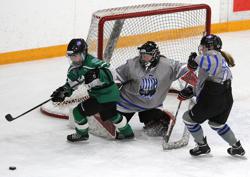 The Green Giants jumped out to a commanding lead early, and eventually removed any doubt about who might be the best team in the district as Green rolled over the Lakers 7-1 Sunday at Plymouth Ice Center.

The victory completes a clean sweep of its competition as the Green Giants finished the regular season unbeaten, and kept it going through the playoffs.

Three of the Green Giants early goals come short-handed, effectively deflating the Lakers’ hopes before they ever got going.

Megan Goodreau got things started for Green with a score just 1:09 into the first period, and it was followed up with a pair of shorties by Madison Kaiser and Danielle Burgen over the next minute and 20 seconds as Green set the tone in its favor.

In net, Hailey Hansen (Blaine) held the Lakers scoreless through the first two periods, and finished with the win by stopping eight of nine shots she faced.

As a team the Green Giants put up 147 total goals, over twice as many as any other team in the field. The Lakers finished as the second-highest scoring team with 66 goals.

The Green Giants now advance to compete in the Tier 1 National Tournament in Irvine, CA from April 4-8.

Girls Tier I 14U News