Minnesota goalies must not be shut-out from coaching

Why is it that goalies, arguably the most important players on a team, receive the least amount of coaching?

This past fall, I was a featured speaker on goaltending at several USA Hockey coaching clinics, goalie coaching clinics, and goalie skills workshops. In all, I delivered my presentation to more than 800 coaches throughout Minnesota.

I often wondered why is it that hockey goalies, arguably the most important players on a team, receive the least amount of coaching during the season.

The answer appears to be simple. Many youth hockey coaches know very little about the position or take the time to get up to speed on what they can do to assist in development.

The reasons often given for this are the coach never played the position, they don’t understand the latest goalie techniques, they have to worry about the other 15 players or they assume their goalies get all the coaching they need at the goalie clinics or schools they may or may not attend.

Therefore the adults coach in their comfort zone, spending countless hours on breakouts and powerplays. All the while, basically ignoring the goalies and hoping that somehow they magically improve and become a difference-maker in the big games.

My message to the coaches was clear.

They need to change to make goalies first – break out of their comfort zone, change the way they do business, so goalie development becomes a priority and not an after thought.

But for many youth hockey coaches, figuring out how to coach their goalies can be the most challenging and intimidating aspect of their job.

However, it doesn’t have to be.

Below are goalie coaching tips I shared during my presentation that youth hockey coaches at all levels should consider:

Good luck coaching your goalies, the most important players on your team! 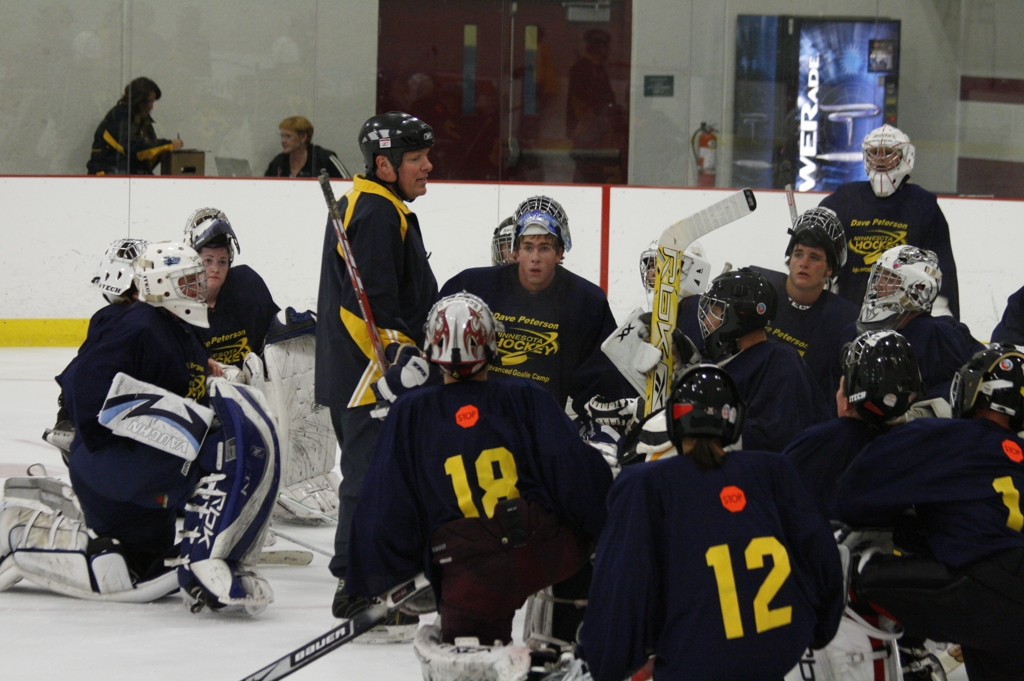