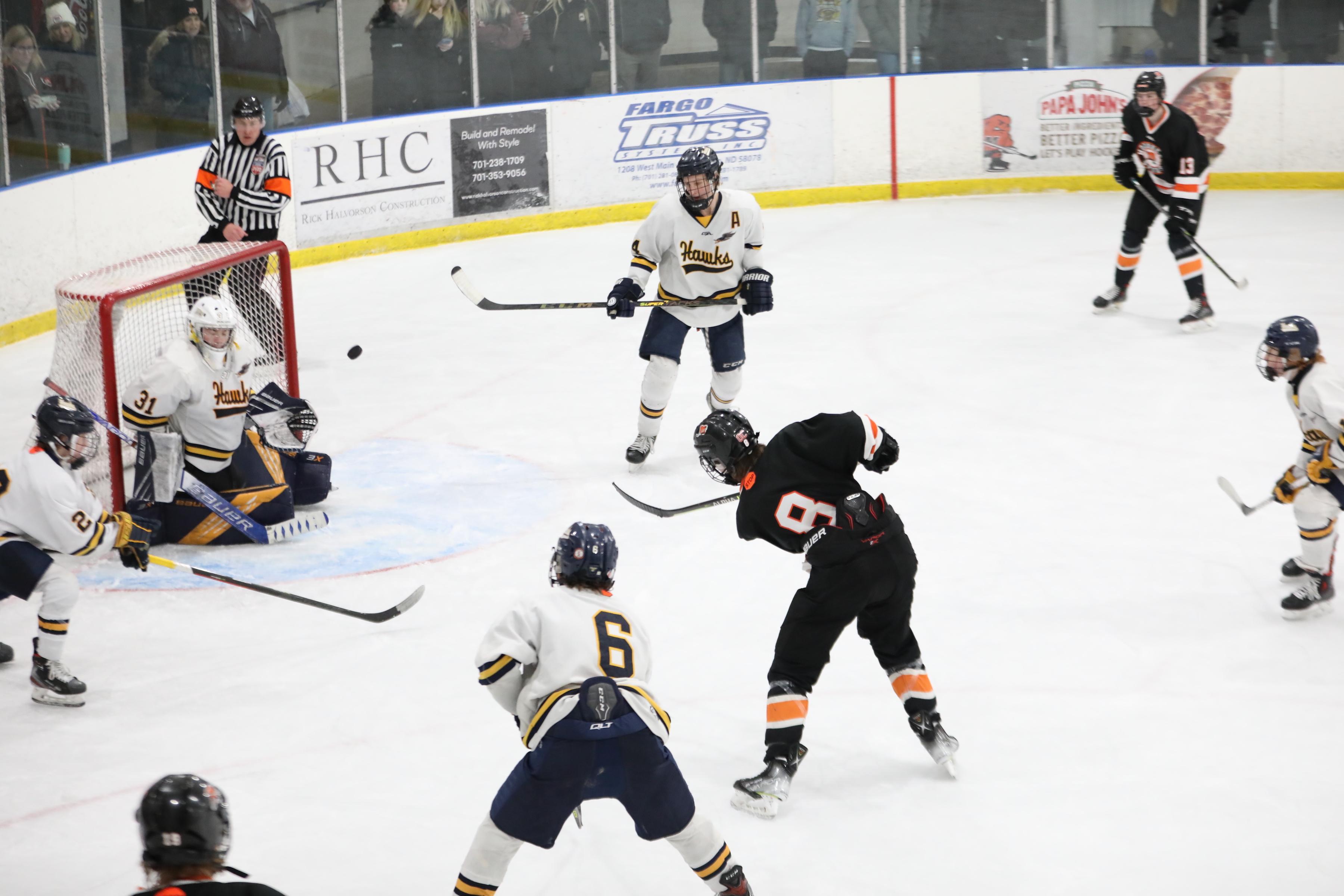 Augustana University men’s hockey head coach Garrett Raboin was a defenseman in his playing days, but that doesn’t mean he wasn’t counted on frequently to find the back of the net for Detroit Lakes and eventually St. Cloud State. In fact, he concluded his collegiate career ranked fourth all-time at SCSU in defensive scoring with 83 points, including 21 goals.

As a coach, Raboin has instructed some of the best players in the country, including Hobey Baker Memorial Award finalist and 2022 U.S. Olympian Ben Meyers, now with the Colorado Avalanche organization. Meyers developed a dangerous quick release and a knack for lighting the lamp, along with many other Gophers, during Raboin’s tenure at the University of Minnesota.

Improving your shooting doesn’t have to be difficult. “Just shoot pucks,” said Raboin, who is tasked with building a brand-new Division I program at Augustana for the 2023-24 season.

“Shooting is the easiest thing in our game to get better at,” Raboin added. “You can shoot pucks in your garage, the basement, on an outdoor rink or at your local arena. You can improve your shooting in so many different ways, and all you have to do is take the time and commit yourself to do it. If you have time after breakfast to go shoot 50 pucks every day or the energy to shoot 500 a day, do it.

“The more you work on your shot, the greater reward you’ll see at the end of the day.”

Raboin shared his thoughts on shooting, and the best ways to beat a goaltender.

Minnesota Hockey: Where are the best places to shoot on a goaltender?

Raboin: Really, it’s best to keep things simple. Every situation in hockey is unique, so you should shoot where the goaltender is not.

Minnesota Hockey: Are certain spots tougher than others for goaltenders to handle?

Raboin: Shots against the grain can be difficult for goalies to handle, as are shots through traffic. It’s unique to every goalie, but you dramatically increase your odds of scoring when you hit the net. So that’s step one.

Minnesota Hockey: Any tips to get a few extra MPH on your shot?

Raboin: So much of it is leg strength. The power comes through your core and legs as you transfer power through the stick. As kids enter high school and juniors, starting to train core and leg strength are big components to improving power and speed.

Minnesota Hockey: Is it important for players to have their own “approach” to shooting?

Raboin: As you climb the levels of the game, I think you find out what works best for you. If you can hit a one-timer and have success doing that, you’ll find yourself setting up for more one-timers. If you can drag the puck into your body and snap it and score, you do that a lot more.

Minnesota Hockey: As a shooter, what should you be thinking about, whether in close or from further out?

Raboin: When you’re in tight, you need to be much more deliberate in your shot placement and how you manipulate the goaltender. Try to bring him to an area that sets him up to be beaten in another area (like faking a shot to the left, then shooting right). When you’re farther out, you’re trying to hit a general area. Not trying to pick a corner or a spot, but trying to get the shot at the net at a height (6-18 inches off the ice) that allows your teammates to get a stick on it or a rebound.

Minnesota Hockey: What are defensemen trying to do when they’re shooting from the blue line?

Raboin: First of all, you need to identify how much time you have. There are times when you don’t have time and may need to direct the puck toward the net as quickly as you can. Other times, you can create separation by skating and give yourself more time. In a power-play situation, you’ll have more time to get your head up and can be more intentional about sending the puck to a specific location at the net.

Minnesota Hockey: Who were some of the best shooters you played with or coached?

Raboin: Some of the best shooters I’ve been around include the Brodzinskis, particularly Jonny, who had a heavy one-timer and could get it off quick. He knew how to position himself and find the ice where he was available to be a recipient, and set up his body to get a shot at the net. Ryan Lasch (SCSU’s all-time leading scorer) didn’t have a powerful shot, but he shot it where goalies least expected it. He probably had the smartest shot. Robby Jackson at SCSU had a quick release and a great ability to snap the puck at the net. It was both accurate and quick.