Jared Spurgeon on What Makes a Great Locker Room 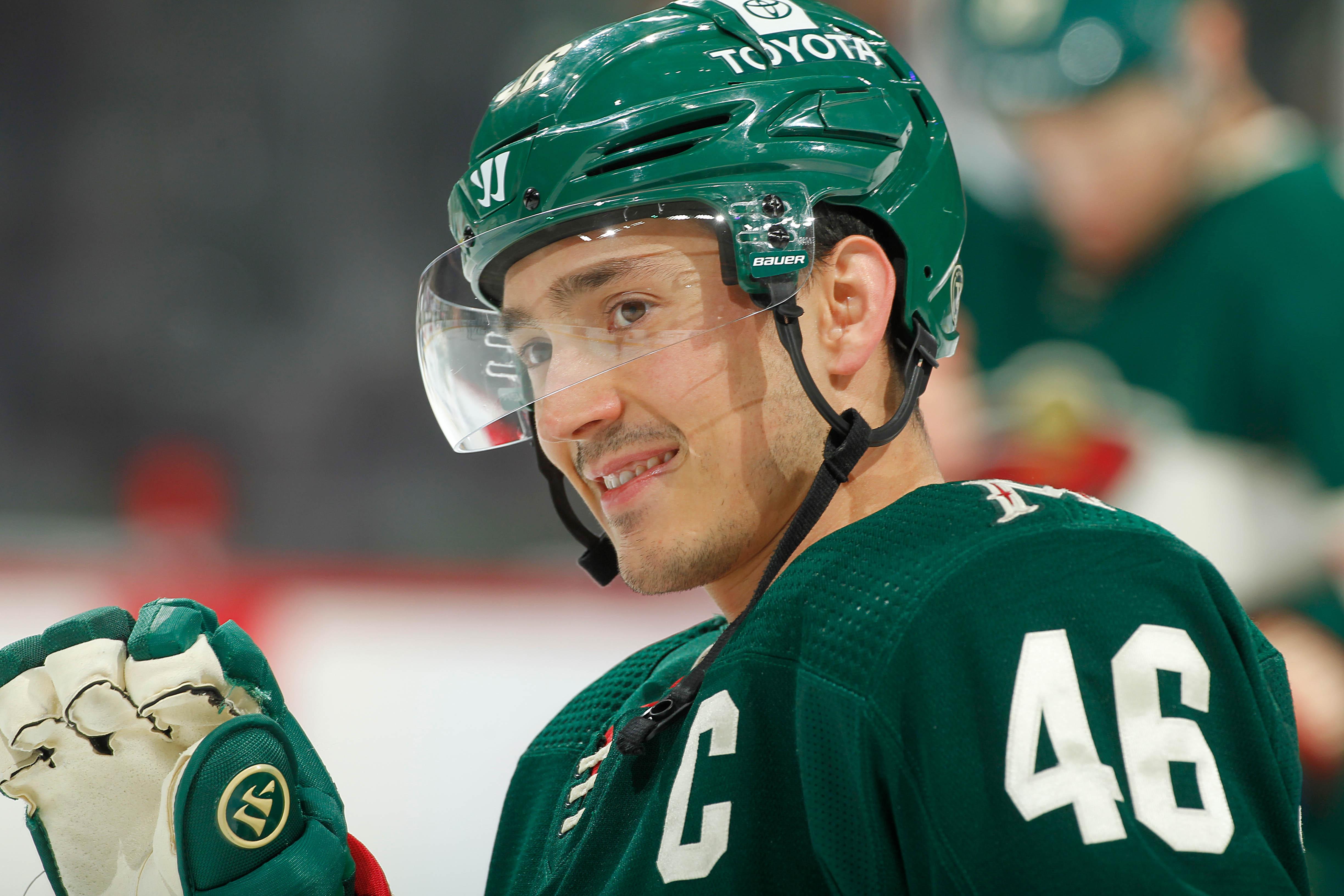 Every team would benefit from having a player like Kirill Kaprizov – but not for the reasons you might assume.

Sure, the 2021 Calder Trophy winner (awarded to the top rookie in the National Hockey League) continues to set Minnesota Wild franchise records in just his third season. He keeps Wild fans on the edge of their seats with his hands, vision, edge work and shot.

But that’s not what makes him a great teammate, according to Minnesota Wild captain Jared Spurgeon.

“When you see a guy having that much skill, it’s just how hard he works at those skills – everyone feeds off that,” Spurgeon said. “You see guys out there shooting pucks before and after practice with him or working on different skills because he’s out there doing that, too.”

“That is the one thing that I think sets him apart. Not only does he have those talents, but he works at them every day.”

Spurgeon, in his 13th season with the Wild, shares his top five favorite types of teammates.

But superstars aren’t helpful if they come with an air of selfishness or entitlement. Kaprizov isn’t a guy that demands more ice time. Zuccarello doesn’t berate his linemates for not passing him the puck enough. Fleury isn’t casting blame at his teammates when they make mistakes that lead to scoring opportunities.

“They carry themselves with a level of respect, but they are respectful to everyone in that room, too,” Spurgeon explained. “We all know who they are and what kind of players they are in this league. They are the best of the best. But they always put the team first. They always put that ahead of any personal accolades, stats, or records.”

When the Wild signed Ryan Reaves, it wasn’t necessarily his physical presence that motivated general manager Bill Guerin to make him an in-season addition to the locker room.

“I just feel that what Ryan brings as a player, the way he plays, his role is elite,” Guerin said. “And, more importantly than that, or just as importantly as that, he brings a lot of energy. He’s just always full of energy. He has a big personality. I think right now, that’s something our team really needs. I mean, we’ve always had good guys, good teammates, and things like that. I just feel like we could use a little shot of that, and I think he definitely supplies it.”

St. Cloud native and current Winnipeg Jets defenseman Nate Schmidt noted that Reaves, a former teammate of his in Vegas, brings “A pizzazz. A jam that is infectious.”

But why is that important to a team?

“Guys like that lift the morale of the team, that’s for sure,” added Spurgeon. “Those guys know how to throw in a joke when it’s needed, but at the same time they can keep it serious and just bring that energy. It’s definitely something that you feed off of.

“There are times when the room might feel a little dead, or there’s just some nights where you go out there and it’s a different atmosphere, and those are the guys you rely on then.”

Younger players have had to step up for the Wild this year. Mason Shaw, Calen Addison, Connor Dewar, Matt Boldy, Brandon Duhaime, and recently Edina’s own Sammy Walker all expect to make an impact on and off the ice to help the team win every night.

Being the ‘new guy/gal’ can be intimidating. That’s OK! Find a way to mesh with your teammates, and remember to work hard in every facet of the game. All good teammates will respect hard work and a positive attitude. Team chemistry will follow.

“It’s just being comfortable with your teammates,” Spurgeon said. “I think you can see it this year with the young guys coming up as well. The group we have with Bolds, Dewy, Duhaime, Addy and Shawzy, those guys have gone through a lot together, but just their attitude coming to the rink every day, their banter feeds into us as well. It’s a lot of fun to have everyone involved and everyone comfortable.”

Players that have been in The Show for an extended period of time have seen it all. They know what it takes to be a pro, whether they’re in or out of the lineup.

Grand Rapids native Alex Goligoski has more than 1,000 games and a Stanley Cup on his resume. Jonas Brodin has been with the Wild since 2012. Players like that bring a wealth of knowledge and experience that every team can lean on.

“As a kid, you always look up to the older guys – and I know I’m one of the older guys on this team now,” joked Spurgeon. “But when you’ve got guys like Goose, who has been around the league, won a Stanley Cup, and just takes such pride, even when he is in and out of the lineup, you respect that and him and what he’s been able to accomplish and how he’s done it.”

The glue guys/gals are never just one player. It’s easy to point to the leaders who are wearing the letters like Marcus Foligno, Matt Dumba, and Spurgeon, but the importance of having great leaders in the locker room isn’t necessarily just the leading aspect; it’s being able to hold every player accountable while making everyone know that they belong.

That’s the binding glue. That’s how you become a great teammate.

“You don’t want to be that guy that splits people apart,” Spurgeon said. “You want to blend in and just be with the group. I think we have a good mix of that in here, with guys that are a bit more serious, and then we have guys that are sort of on the goofy side of it. Just come to the rink and always be positive, support each other and want the best for your teammates.

“The main one is being respectful to everyone. Obviously, everyone has different lives going on at home, and when you come to the rink, that’s a place to escape from that and have fun together. I think for myself, whenever I was going to practice when I was a kid, you’re just looking forward to seeing your teammates and having some fun together and enjoying the game that you love and share a passion for.”