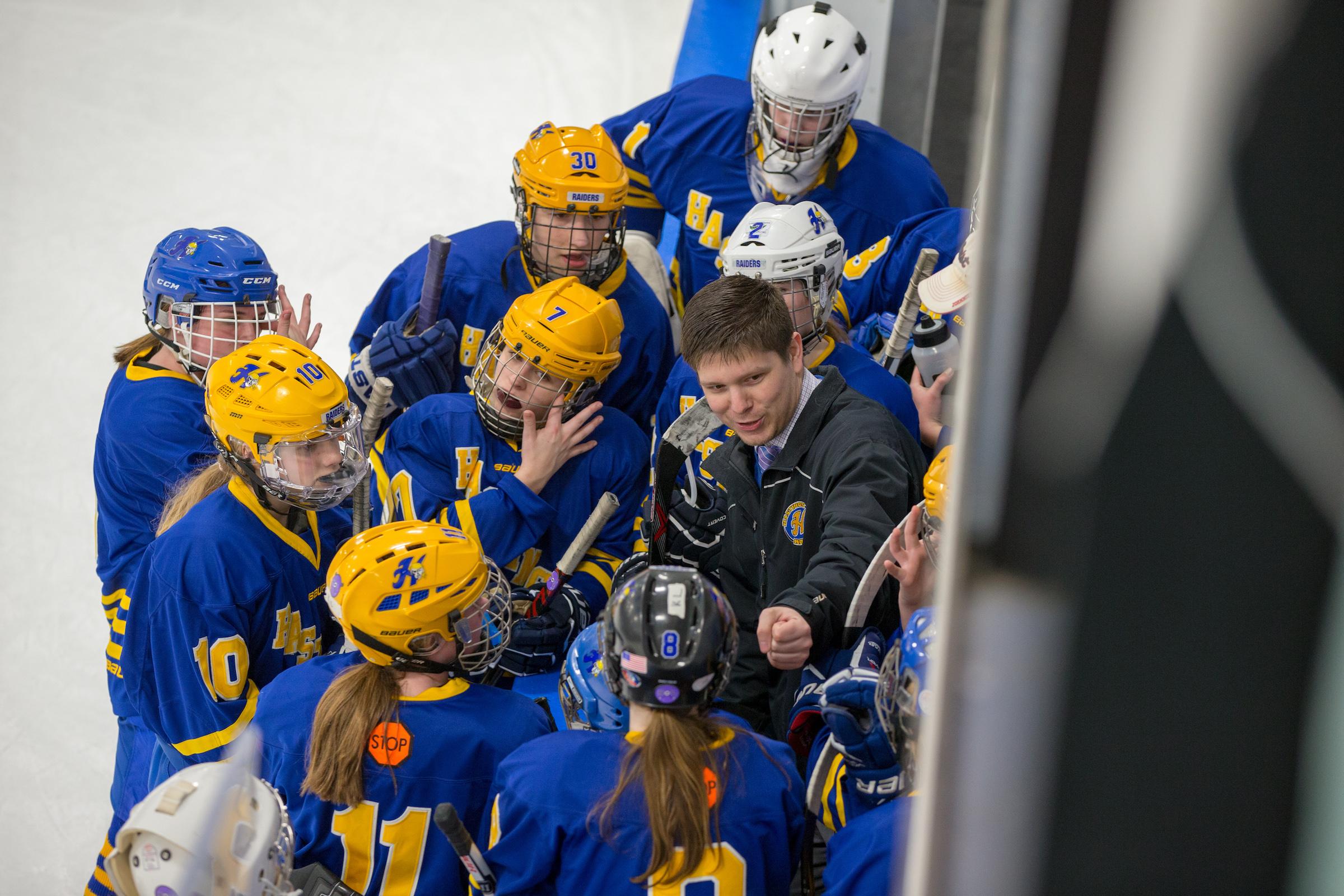 One of the all-consuming topics of conversation among hockey players, coaches, and fans is the line combinations for their favorite team. Who’s on the first line? Who’s on the second line? Is our third line any good?

Now, nobody expects a top Squirt or Mite forward line to be like The French Connection or Krutov-Larionov-Makarov. But there are absolutely things they have in common.

“The key attribute of the best lines is that they’re all gifted playmakers,” said Todd Bergland, Maple Grove boys’ varsity hockey head coach, who lists Roseau’s famous Broten-Broten-Erickson as the best line he’s ever been around. “They are capable of being creative. As a coach, you give them a certain amount of push, and they do the rest. They feed off each other, and next thing you know, you have something special.”

Most coaches know what they’re looking for when they set their lineups each game, but the thought process – how they got there – is often quite different. Some value speed on their top line. Some put an emphasis on pure skill. Others seek balance throughout their lineup and spread the talent around to ensure consistent play.

One thing is certain: Assembling lines is not an exact science. And it’s a task that requires a lot of work and a little bit of trial and error.

“If I could tell you how much time I spend on that,” said Bergland. “I look at the statistics of all my players, such as shot percentages and percent completion of passes, and put a tremendous amount of thought into what goes into creating a good lineup. I look at the skill of the players, their speed and their hockey sense. Are they aggressive? Are they tough? Are they gifted playmakers, gifted shooters, or do they depend on others to make plays? Certain players are good at getting pucks through the neutral zone, whereas others feed off that and look for gaps and seams to get open.”

Bergland continued: “After years of doing it, I think the balanced approach is best. If you have six playmakers together to form two top lines, that’s unusual at the high school level. I think the combination of two playmakers and a gifted shooter is the most dynamic. Then, if you have the depth, I somewhat follow the pattern of the NHL model, where the third line is the gritty, grinding line that can wreak havoc on a lot of teams.”

Balance is also a key when considering defensive pairings, according to Bergland.

“We’ve had some really good defensemen over the years, and the biggest thing I look for is a combination of an offensive and defensive mindset,” he said. “If you have one D-man who can get the puck up the ice quick, find seams and shooting lanes like a forward, make that first pass, and another who is solid defensively and has great instincts, I find that works best.”

Be Prepared to Shuffle Things Up

Coaches also need to be flexible about their line combinations. Over the course of any season, there will be highs and lows. Players who exceed expectations and those who underperform. Lines that show chemistry, and others that simply don’t click. In those cases, change will be necessary.

For Bergland, much of it is gut instinct and what they show in practice.

“Just because you pick a group with the most complementary skills doesn’t necessarily mean that they’ll be that way through the season or even in a game,” he said. “If a player or a line is off, you have to be ready to make some revisions.”

How should coaches know that it’s time to mix things up?

“When their passing is tape to tape and free-wheeling, and they get through the neutral zone quickly and possess the puck well, that’s how you know a line is clicking,” said Bergland. “But when it’s not going as well, a lot of times coaches can just sense it. Maybe it’s one guy not clicking with the others, missing passes, not getting shots off, not finding time and space, not supporting each other well. Sometimes you find out it’s a personality issue. You know pretty quickly when the chemistry is off.”

Not on the Top Line? How Players (and Parents) Should Handle It

Players of any age want to play as much as possible and enjoy the “status” of being named to the top line. But only three players on a team of 15 or 20 can stake that claim, which means many others may be left disappointed. Bergland says it’s how they respond to that disappointment that matters most.

“The easy response is that you should work that much harder,” he said. “I’ve had really gifted players that have been off, and I’ve moved them down in the lineup. And the message is that’s adversity. That’s life. I want to see you embrace that challenge, overcome it, and show us that you’re capable of being back on that top line. Oftentimes, kids that are moved down are not working hard in practice. I can show them on tape. My message to players is don’t stew on it. Don’t complain. Just know that if you work that much harder, the coach will notice and you’ll get another chance.”

As for the players’ parents? Bergland suggests they don’t overthink it.

“Too many parents are focused on their child’s place in the lineup; some will even say, ‘my son or daughter got moved down, do I have to move to another association to get more ice time?’” he said. “I believe that hockey is a marathon and not a sprint. Your kid may be third line today but end up a first line player. Just continue to improve your skills, play creatively, and spend some time playing in environments that aren’t structured, like on the pond. At the end of the day, it comes down to hard work. You have to bring it, and your time will come.”