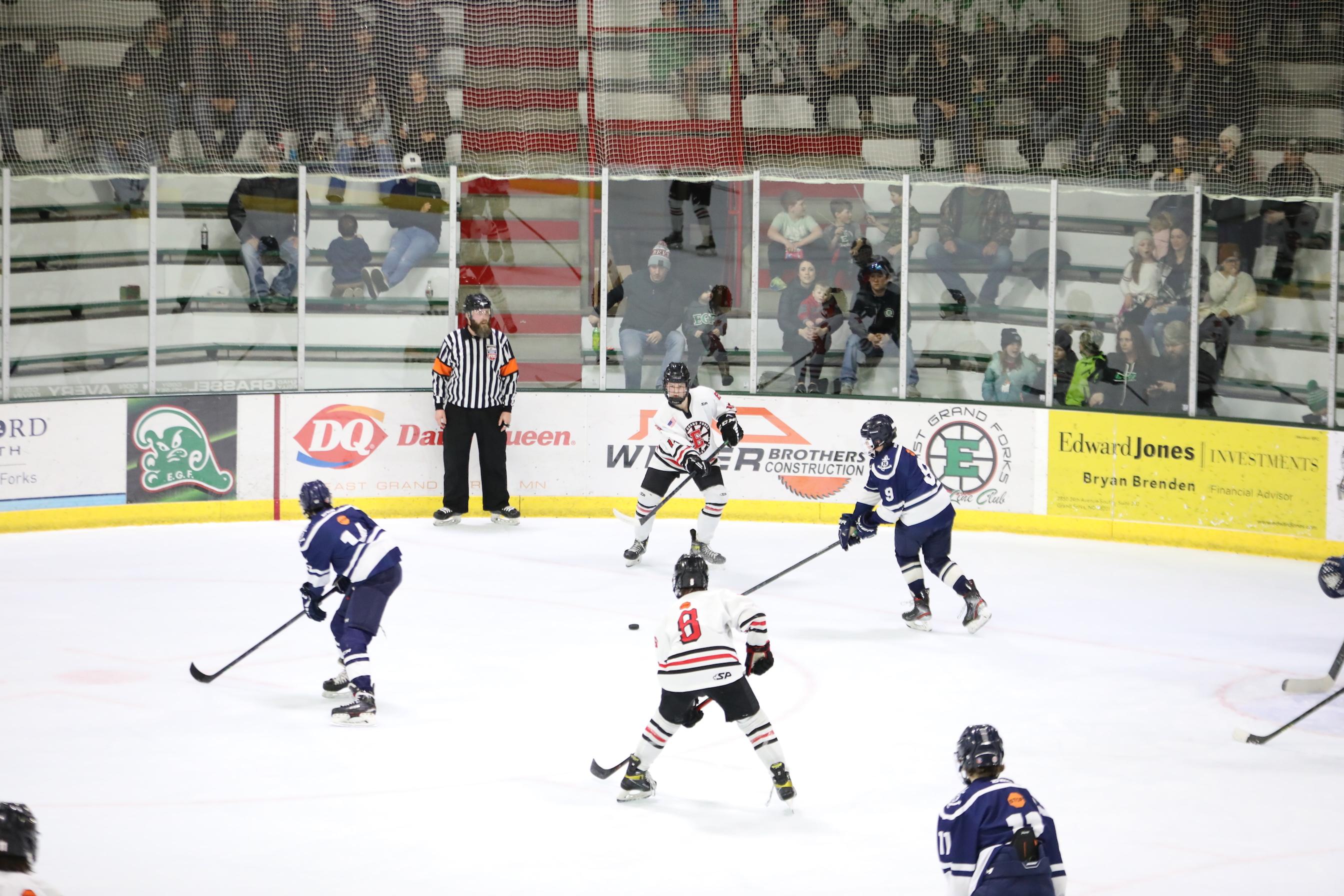 The American Development Model (ADM) is a nationwide blueprint designed specifically to help kids reach their full potential. A key tenet of the ADM is a push toward long-term athlete development. One of the best ways for young hockey players to develop – both their physical skills and hockey IQ – is to experience the game from different positions, offering new vantage points, challenging situations and varying responsibilities.

With the way the game has changed, with more emphasis on speed, skill and creativity, it’s imperative that the next generation of skaters aren’t pigeonholed into being centers, right wings, or left-sided defensemen, but instead built to be well-rounded and versatile players, not rigidly trained at just one spot on the ice.

“The game has changed that it now requires players to play all over the ice,” said Kristen Wright, USA Hockey’s ADM Manager for Female Hockey. “As a forward, you can’t just stand at the hashmark or defend your player at the top of the circles. As a defenseman, you can’t just stand at the blueline in the offensive zone. The game is too dynamic, and there’s so much motion that happens with players and pucks, that you have to be able to play in all quadrants of the ice to be successful.”

Wright, a Minnesota native who was a two-time captain at Connecticut College, shared her thoughts on the benefits of young skaters experiencing multiple positions.

Minnesota Hockey: What are the benefits of playing different positions?

Kristen Wright: One of the main reasons is that it provides the player with different perspectives on the game. And that allows them to make different decisions in different situations because they’re more familiar with different areas on the ice. At the end of the day, the game of hockey is fluid, so it’s more about where you are in relation to the puck, your teammates and your opponents than the markings on the ice. With that philosophy in mind, if you’re the closest player to the puck, you probably should go get it. If you don’t, then it’s like we’re playing bubble hockey, where we’re limited to a space on the ice because of your position.

On top of that, for players that want to continue to move forward in their game, you’re limiting yourself if you’re not a versatile player. We always ask the question, even at the college level: are you able to play all the positions? If you’re not just a center, just a right wing or just a defenseman, you have more opportunities to make a roster. There are usually only around four centers on a roster. If you can play center and the wing positions, you’ve now opened yourself up to up to 12 spots. So that versatility also creates opportunity.

Wright: Yes, because the game itself requires that awareness. We talk about hockey IQ, and a lot of times that comes down to how many times this kid has seen these different scenarios and what their options are in those situations. The game presents kids with so many different options so quickly, and that’s really what hockey IQ is all about. Do I turn left or right? Where am I going with the puck? How do I create a passing lane? All of that is hockey IQ, and it’s all developed by them having the freedom to move and go to places based on what they see versus their position itself.

Minnesota Hockey: Is it more difficult for a forward to learn how to play defense or vice versa?

Wright: It’s so player-dependent. It would depend on the kid, what they’ve been taught, how they’ve been coached, what they’ve learned and the different skill sets they have. I think they both have nuances that are more challenging for kids who haven’t been exposed to a bunch of different things in practice, so whether the transition is easy or difficult depends on the kid.

Minnesota Hockey: Can putting themselves in someone else’s skates help a player have more respect for a teammate who plays another position and the challenges of that position?

Wright: Where things can break down or where there’s a disconnect on the ice is when players have created a scenario where it’s “you guys do this” and “you guys do that.” A forward playing defense, or vice versa, even in practice, for example, learning the breakout from the point of view of a player that’s behind the net or as the player that’s at the hashmarks, both are learning what the other players would normally do. They may realize, oh wow, it would have been easier if I would have made the pass there, and they start to not only have more appreciation for it, which is important, but they also get that learning side of it.

Minnesota Hockey: Is there value in everyone giving goaltender a try?

Wright: I think there is, and that’s coming from somebody who did have that opportunity at 10U and didn’t really enjoy it. It still opened my eyes to the opportunity. I could have loved it. It’s great that we now have QuickChange goalie equipment, and kids have that opportunity. But it has to be structured right, so there’s a gradual exposure to it. You should get exposed to it at practice a handful of times before you ever play a game. Back in the day, everyone used to play one game at goalie. Our goalie development programs do a great job now in a way that allows kids to try it in a much more appropriate and progressive way. But every kid should get the opportunity to at least try it. There’s definitely a benefit because you never know who will fall in love with it. We also know that at the youngest ages, playing goalie enables you to see the ice in ways you may otherwise not be able to.

Minnesota Hockey: When is the right time for players to identify a position that’s best for them? What age?

Wright: When we get to our national camps at age 15, players must select a position for that tryout process. But they select forward or defense, not right wing, left wing or center. So that’s probably a good age to start to settle into one of the positions. That way, you can start to learn more of the nuances of it and put more focus on it. But having said that, we should continue to coach players on the four roles of hockey instead of solely position-specific. So, focus on being on offense with the puck, on offense away from the puck, on defense defending the puck carrier, and on defense defending away from the puck carrier.

Minnesota Hockey: Is there ever a point where it’s “too late” to try another position?

Wright: No. I don’t ever think there is, especially with how the game is played. Kids are smart and adaptable and can learn a new position at any age, especially if they want to. Kids should be in the sport because they’re enjoying it. And if they’re enjoying it more playing forward or defense, then they should try the other position to see if it will be a more enjoyable experience for them.

Minnesota Hockey: What advice would you have for young players who are struggling to adapt to a new position?

Wright: My advice is to watch more hockey and watch players at that position and see what they do in the game. Pick out a player at the faceoff that plays the position you’re starting to play and notice some things that you like about what they do. And then take those to your parents or coach and ask how you can incorporate them into your game. That way, you’re connecting the two pieces. When kids are able to see it, it definitely helps them adapt faster.

Minnesota Hockey: Do you have advice for coaches who might struggle with having a young kid, who is clearly the best offensive player on the team, play back at defense or goalie for longer stretches?

Wright: I still go with whether the kid has a preference of where they want to play, or if you have some sort of rotation within the team, to make sure it’s fair and there are no exceptions for those that are better. As a coach, we do like to win, but it’s more about how you’re developing those players. If the kid wants to play defense, even though they could score all your goals if they played forward, let them play defense. It’s an opportunity to teach them how to move the puck from a different perspective and develop their skills in a different way.

Minnesota Hockey: What should a coach do if there’s pushback from players or parents about trying a new position?

Wright: With parents and players, setting clear expectations at the beginning of the season typically helps with pushback. So, you start with, “This is what you’re going to do, and this is how it will work.” At the younger ages, you’re going to rotate them more often so they get enough experience. As they get older, they’ll play one position for a longer period of time, so it’s not a constant rotation. In practice and in game situations, you want them to have a bunch of touchpoints before you rotate them to another position. Having that plan laid out ahead of time is helpful for everyone to see what those transition points will be.