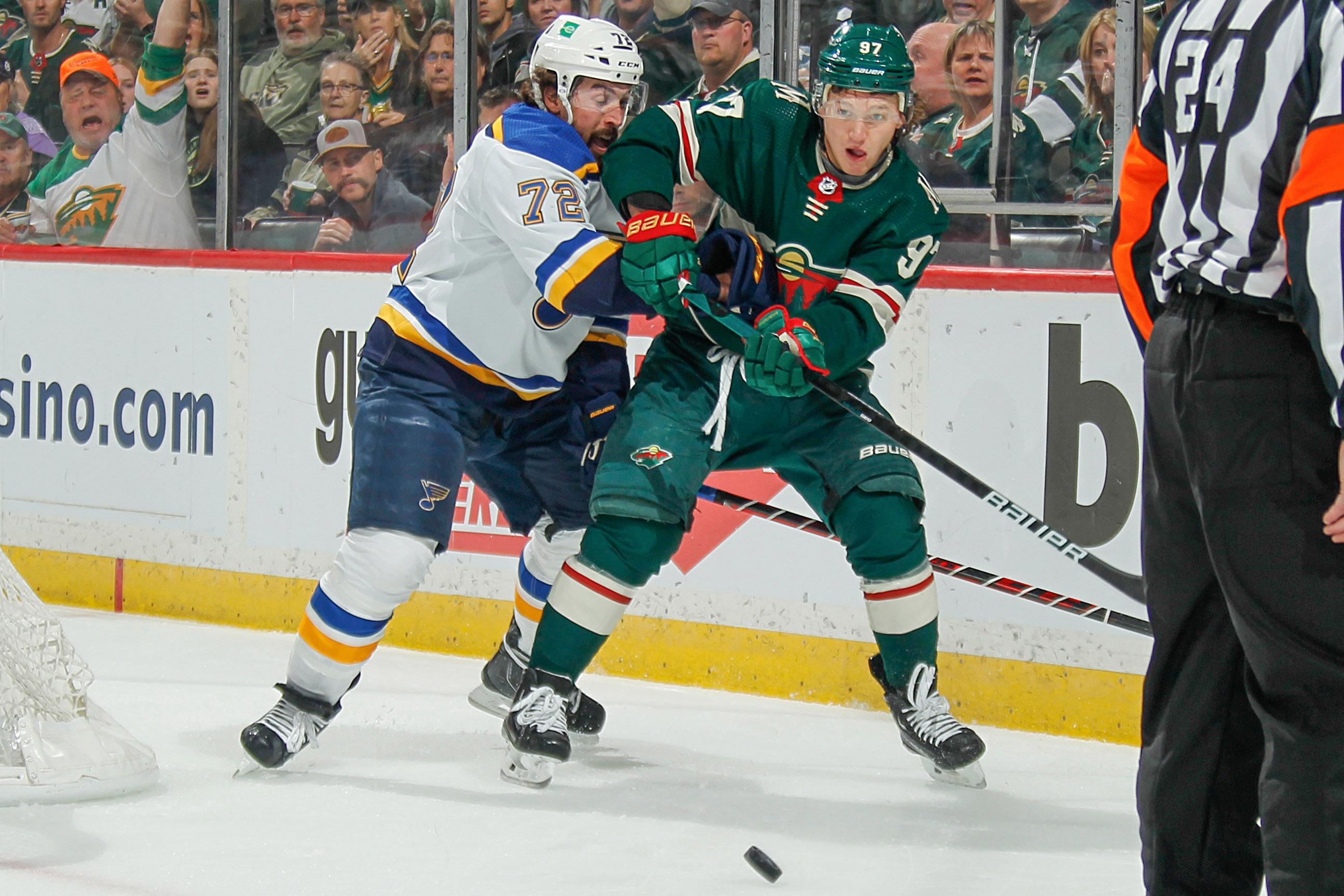 End-to-end rushes may be a thrill to watch, but as players get older and more mature, they become very rare. Opposing players and team defenses learn to take away time and space, forcing the puck-handler to make a decision with the puck.

Crisp, creative passing is what really makes players – and their teams – successful. It is a crucial component of puck possession, creating offense, and team defense (like breaking out of the D-zone).

Matt Hendricks tallied 112 assists at St. Cloud State before embarking on an 11-year NHL career that included captaincies with the U.S. Men’s National Team. The Blaine native is currently helping develop future NHL prospects with the Iowa Wild as the assistant director of player development with the Minnesota Wild.

“There’s probably more than most people think that goes into passing,” said Hendricks, who led the Blaine Bengals to the 2000 Class AA State High School Championship.

Calling For and Receiving the Pass

Passing isn’t just a one-way street. The player receiving the puck needs to make themselves available and get into the ready position.

“The player receiving the pass first has to give a good target,” explains Hendricks. “Which means, stick on the ice. The earlier you start learning that, the better. It’s a very mundane drill, but it’s vital.”

Hendricks adds that coaches should introduce and emphasize communication and calling for the pass at the same time during these drills, starting at the youngest ages.

“You need to give a target and communicate,” Hendricks said. “Those two things are top priorities to start building those habits. And two hands on your stick for youth players.”

There is an uncanny chemistry between Wild forwards Kirill Kaprizov and Mats Zuccarello.

“They read off of each other so well,” said Hendricks. “They both think the game. They know where they want to put the puck. Let’s say Kaprizov is going to give it to Zuccarello, Zuccarello is going to put himself where Kaprizov would want the puck. It’s an uncanny ability that many hockey players never tend to grasp, and those two are in the top 1 percent in the league with the way they think about the game, but it’s a great example of how you need to think and read the plays.”

Hendricks said there are few major differences between the American Hockey League and the National Hockey League when it comes to skill sets.

“The speed is a little bit slower, but not a lot when you’re in practice,” he points out. “But what you do see a difference in is the passing.

“There are fantastic passers in both leagues, but the player’s ability to receive a pass and read where the passing lane is and put yourself in an area to receive the puck, it’s an important thing to work on and have.”

How does a player improve his or her hockey sense?

“It’s repetition,” he added. “Working on it over and over with your teammates and linemates. Learn where to be to anticipate the pass and put yourself in the best possible spot to receive the puck.

“Not only work on it, but watch hockey games at every level and see how some of the best players in the world do it. The more you can do that, the more it will start to become part of your game.”

One-Touch Passing and Know Your Angles

As players get older, there will be less and less time and space when you have the puck. Start practicing one-touch passing.

“It’s about understanding your blade angle,” Hendricks said. “Depending on your skill level, you want to start stationary when working on something like that. You could put three or four players in a circle and just stand there and do one-touch passing and work from there. Once players start grasping that, then you start to use a little bit of motion in the drill as well and continue to build from that.”

Knowing your geometry on the ice is helpful, too.

“Understanding the angle off of the boards, and the anticipation to be in that passing area, helps a ton,” said Hendricks.

Kids can build these skills off the ice, too.

“Pass a ball around, bang it off the wall to work on receiving, anything really,” he said. “I know there are tools out there that can help now too, but it’s as simple as bouncing it off the garage just to work on that passing and receiving.”

Hendricks stressed that not every passing drill has to be on the move, either.

“Stationary passing, I think, gets overlooked a lot,” said Hendricks. “Sometimes we move on to the next passing drill too quickly and it becomes complicated. Work those reps in while not moving and build that confidence.”

“Being able to catch and receive backhand passes is a game-changer,” Hendricks said. “When a player gets the puck to his backhand and he’s confident that he’s going to catch it, it’s like, ‘Oh gosh, what’s he going to do now.’

“Anything you can do to build up a kid’s confidence while having fun playing hockey is going to help them be a better player. That’s what it’s all about.”