D-I Coach on Process vs. Outcomes and How Parents Can Help 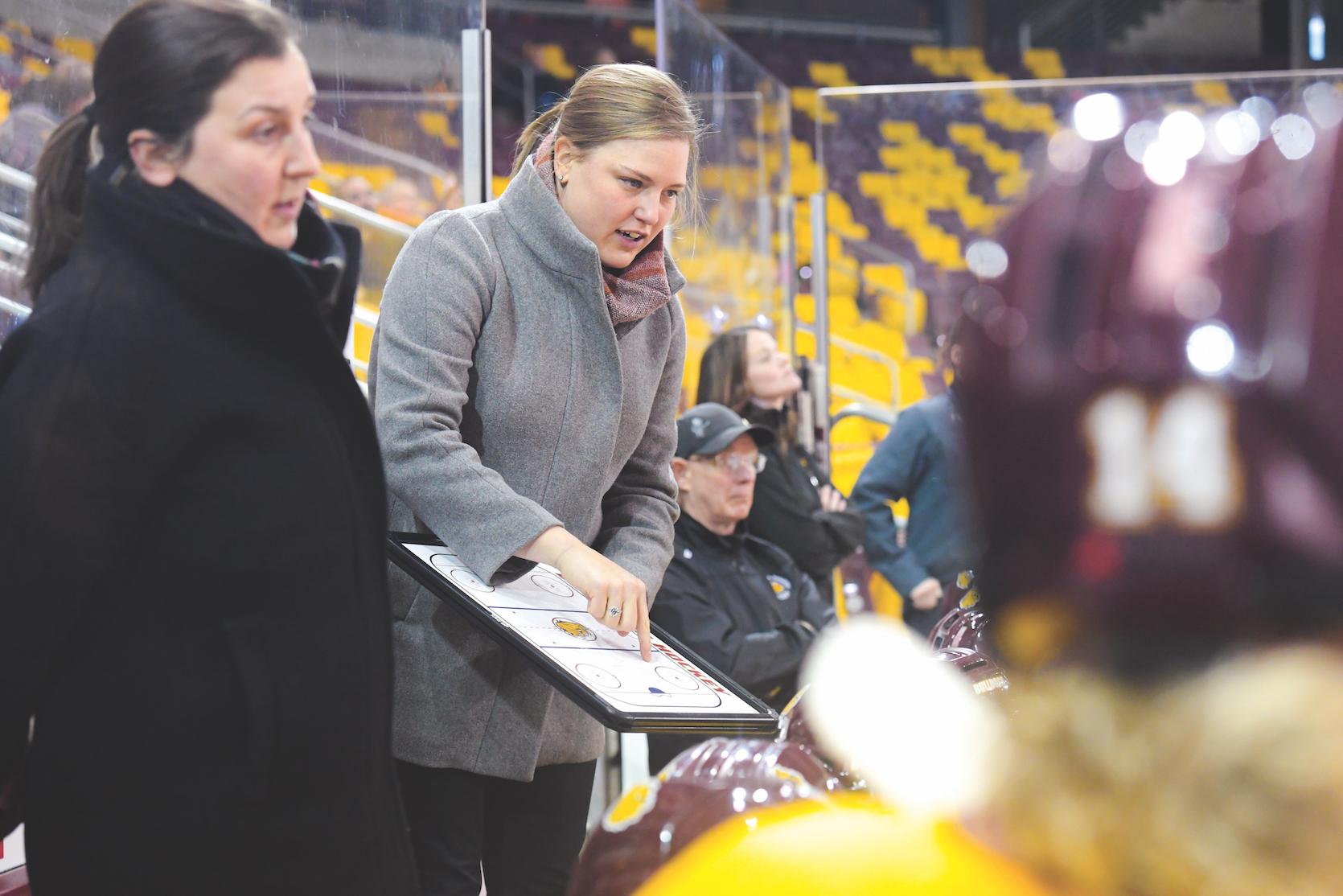 Talk to 100 hockey experts about what it takes to create the perfect player and you’ll likely get 100 different answers. Most everyone would agree that certain skills are non-negotiable.

But the fact is, everyone develops at their own pace and has different motivators and outside influences. As a result, it’s nearly impossible to predict what a player at age 10 will look like at age 20.

When it comes to development, Laura Bellamy, associate head coach of the University of Minnesota Duluth Women’s Hockey team, believes adults and kids alike too often focus on the wrong things.

“Development is most definitely a long-term journey. Some of the best athletes in the world are still getting better until the day they retire,” said Bellamy, a Duluth native and former goaltender for the Duluth Northern Stars and Harvard. “But we have to focus more on the process than the outcome. You don’t decide your future. You decide your daily habits, and your daily habits often determine your future.”

Playing with Passion and Purpose

Bellamy believes long-term development in hockey can often come down to two things: passion and purpose.

She says that while achieving and measuring successes along the way can help build confidence and keep kids coming back to the rink, a love for the game must be the foundation. Simply put, if they love the game and can find meaning in playing it, they’re more likely to get better at it.

“The reality is that players don’t necessarily need to be focused on development,” said Bellamy, a 2022 recipient of the Women's Ice Hockey Assistant Coach Award by the American Hockey Coaches Association. “It’s great to have goals, but sometimes if they’re too specific, and especially when they come from parents or coaches, they can inhibit performance. It’s most important that kids view it as play, that they enjoy the sport and that they find purpose in what they’re doing. If the kids really enjoy coming to the rink and feel a purpose connected to it, then the sky’s the limit.”

How Adults Can Support the Journey

Another critical component of athlete development is mindset, and having a growth mindset – i.e., thriving on challenges and using failure as a springboard for positive growth – is key. There’s a positive attitude that must accompany the journey.

Bellamy experienced this herself, firsthand, as a young goaltender.

“I faced some speed bumps,” she said. “I didn’t play as much as I had hoped in high school because we had another goalie who was also very good. So, it was tough. But my parents were extremely supportive and I worked harder on my game. My focus wasn’t to be better than my teammate, but to close the gap. I knew I couldn’t control anything but my own game. I would ask myself after practice, ‘Did you get better today?’”

There are ways adults can help bring this out in their young players. And it doesn’t require more time and money.

“With parents, so much of it comes down to what questions you ask and what you focus on,” Bellamy said. “The more parents can focus on little victories within a game, the better. Even talking about what great plays their teammates made. That’s better than worrying about winning or losing or where your kid is in the lineup. Winning at the youth levels is fun, but it doesn’t matter much in the long term.

“My parents provided great support. If I didn’t play, that was OK with them. They were supporting me all the way.