Character: The Key Ingredient in All Winning Recipes 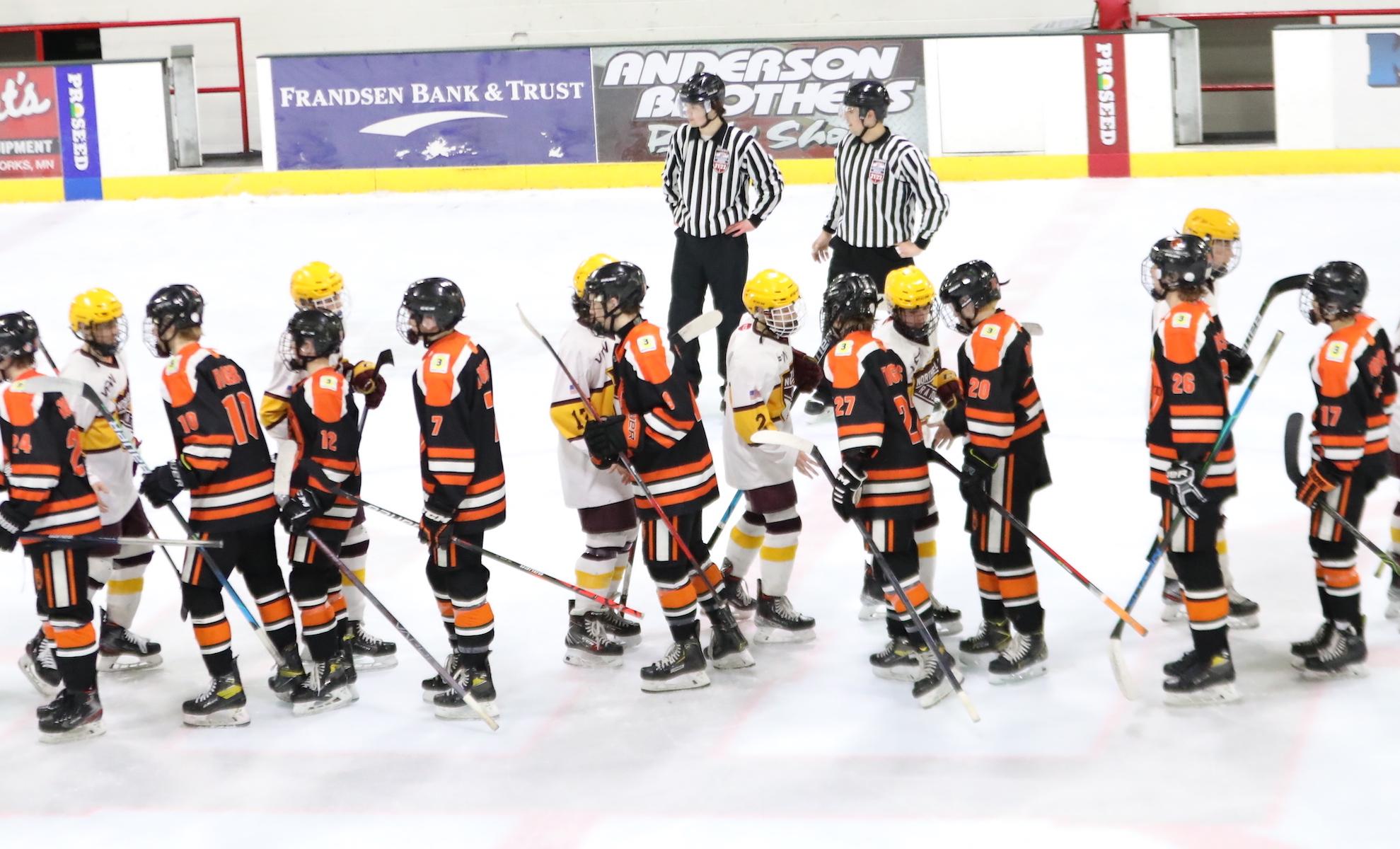 Skating, stickhandling, passing and shooting are all basic hockey elements that are critical to the development of young players. But one component that is often overlooked – and supremely important – is character, on and off the ice.

It can be taught and fine-tuned with time, effort, leadership and a little guidance, just like a snapshot.

“In the context of youth hockey, there are a million little opportunities to demonstrate character,” said Andrew Shriver, USA Hockey Coaching Education Program instructor and Positive Coaching Alliance trainer. “We always talk about how sports do this and that, and truthfully, sports provide wonderful opportunities.

“But it is parents and coaches that intentionally seize that opportunity and look for ways to teach these lessons that will do better than those that think just playing the game will teach valuable life lessons. It’s when adults are intentional about it that helps lead to those transformational experiences.”

At Positive Coaching Alliance, Shriver says, they describe high-character individuals as those that have “respect for the R.O.O.T.S.” (Rules, Officials, Opponents, Teammates, Selves). It’s a principle about sportsmanship and encouraging leaders, coaches, parents and athletes to respect all aspects of their sport.

“We talk all the time about culture and honoring the game,” he said. “On the ice, there are many examples of opportunities to do something outside the rules, to get a short, superficial gain that’s tempting on the surface but comes at a deeper cost or cutting a corner ethically or morally. Any time we stumble across those opportunities, and we don’t do it, that’s positive.”

Shriver described several scenarios that coaches and parents can leverage to “narrate” for their young athletes and demonstrate that there is a process and a right way to do things.

For example, staying calm on the bench after a questionable call by a referee and talking about “controlling what we can control” between periods or after the game. Or, making the conscious choice to not take runs or cheap shots at our opponents behind the ref’s back, because it’s not only bad sportsmanship and dangerous, it’s also setting myself and my teammates up to get the same kind of treatment.

“It gets a little tougher in those situations when it’s not obvious,” Shriver said. “When there are some bad calls going against us, or when the opponent isn’t respecting us, or when teammates make a mistake. But, when an individual holds themselves to a high standard, even when it’s not easy to do, that defines character. It’s about carrying yourself in a way that will make you proud to have the team’s crest on the front and your name on the back. Imagine if our entire team, our entire program, our entire league, and our entire sport handled it the same way? It would be that much better of a place for all of us to be.”

It’s not easy for a 10-year-old to always be at their best. So, it’s important for the adults in their lives to lead by example, creating a positive culture and environment where the “right way” is discussed and reinforced along the way. One kid with great character can positively influence an entire team.

“These things are contagious,” Shriver said. “When one person behaves in a certain way, it gives everyone license to do the same. So, if the leader of our team, maybe our locker room leader or one of our oldest players, carries themselves in a positive, respectful way, it sets the tone that everyone else should as well.”

According to Shriver, while outside influences like social media can be a distraction or a negative influence, one of the biggest can come from the adults closest to the players – a parent exhibiting poor behavior in the rink or on the car ride home, or a coach creating an environment where it’s all about winning.

“The pressure to win is something that can derail an otherwise classy program the most,” he said. “If we define success as when we get more goals than the other team or winning a tournament, it’s more likely that corners will be cut or players will operate outside the rules. When we define success in other ways, like the effort was great, they’ve improved so much, etc., then regardless of who won, the temptation or pressure to do whatever it takes to win isn’t as great.

“It shouldn’t be a surprise that the programs with great class and character often win games and hang banners. Character has to be part of the recipe.”

How to Build Character

Shriver says the most important thing adults can do to be a positive influence on the character of their athletes is to “walk the talk.”

“Coaches can build ‘character’ into their practices, and remind players about the way we do things,” he said. “What if our players know that it makes the coach proud of us if we tap the opposing goalie on the pads after a great save? What if parents and fans clap and cheer for both teams' players? Coaches and parents that take the time to model this behavior and follow up with positive reinforcement when they see it, goes a long way.”

Shriver suggests that in addition to making character a part of practice plans, coaches should also work on communicating expectations to parents and players on a regular basis.

“There can never be too much communication,” he said. “Whether it’s reflecting in the moment on the positive way the team carried itself in a game or tournament, a weekly email that goes out on Monday after weekend games, or ‘state of the team’ type talks at practice, all will help create a positive culture and help to build character.”

“It comes down to how do you want this to look when it’s over?” Shriver added. "If we work every day to be better people and make this hockey thing about more than just hockey, the chances of it being a transformational experience increase. Not just in hockey, but in life.”