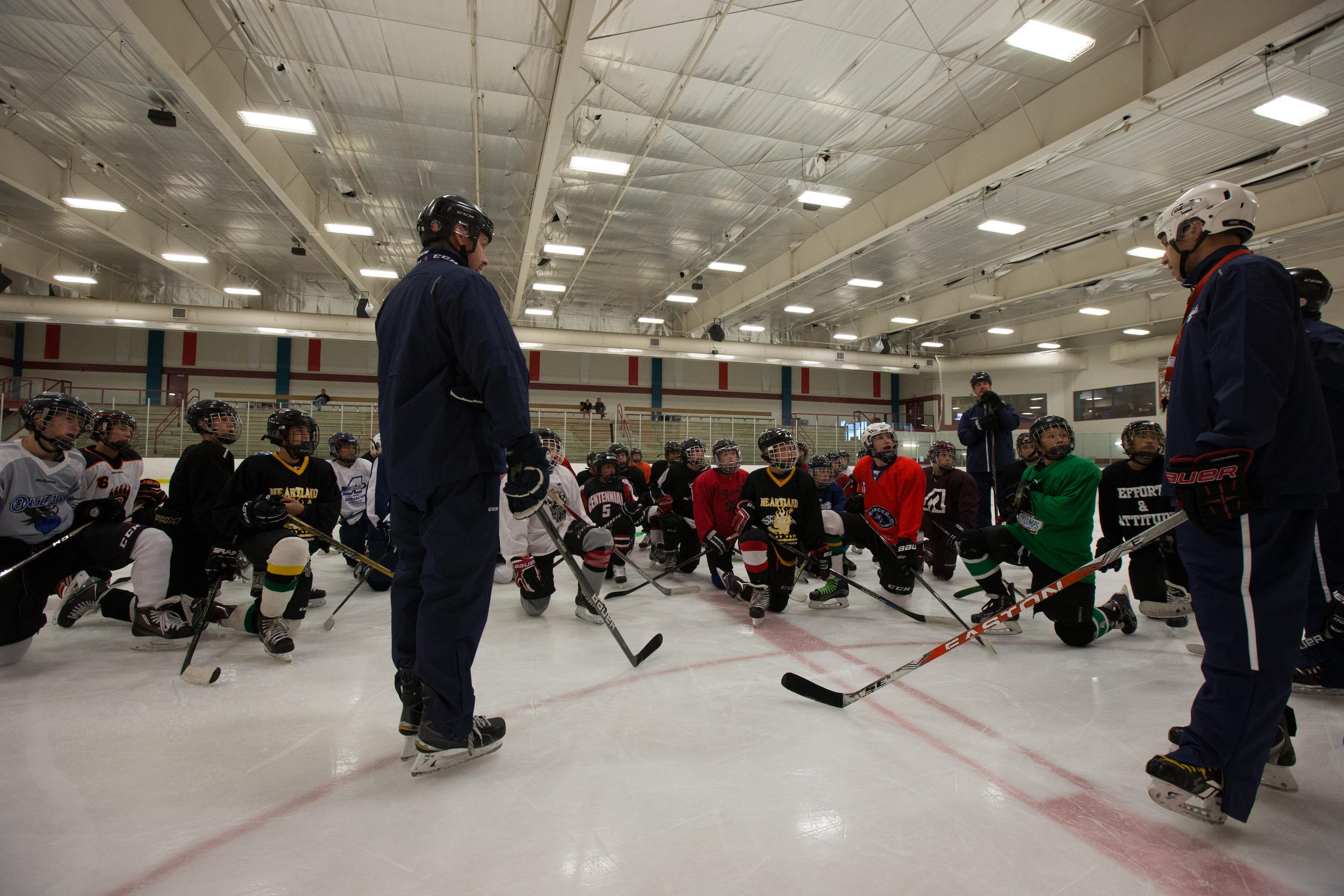 Back-to-school means hockey is not far behind, and before many skaters begin the new season there lies the obstacle and opportunity of tryouts.

The evaluation process can be stressful and consuming, but there are simple things a player can do to ensure he or she makes the most of the moment, and lands where they truly belong.

“The key to doing well in tryouts is taking care of all the things you can control,” said Mark Manney, head boys’ hockey coach at Andover High School, the defending Class AA State Champions. “If you take care of your body and equipment, and you show up with a positive attitude and give maximum effort, then tryouts will be a success. It doesn’t mean you will make the top team, but it means you will make the right team.”

Perhaps at the top of the list is self-care leading up to the process that can prove vital as a progression of taking care of your body and mind. Lack of sleep and dehydration severely inhibits athletic performance, but often can be overlooked or not considered by young players.

“You can’t just wake up and drink a Powerade and think that you’re good to go,” Manney said. “Self-care through hydration and rest is very important. If you don’t get to bed early, you probably won’t perform your best.”

The other part of self-care is taking care of your equipment. Growing players can take the ice in the fall and find their gear no longer fits. Skates are too small, a stick is too short, or elbow pads don’t fit right.

On the flipside, new and unfamiliar equipment can slow you down and take you out of your comfort zone. It’s not a good time to introduce the unfamiliar into the process.

“My big pet peeve is that a lot of kids haven’t tried on their equipment over the summer,” Manney said. “If you’re a player that doesn’t skate a ton because you’re playing baseball or soccer, it’s important to make sure that your equipment is good to go, and you don’t let that hold you back.”

Attitude and effort should be automatic, but body language and demonstrating you’re an enthusiastic learner can carry weight as well. Manney says to listen to coaches and evaluators, and accept critiques, criticism and suggestions.

“Be the kid who wants to get better, and the kind of player a coach wants on the team because of your attitude,” Manney said. “That’s something that evaluators pick up on.”

The same thing goes for body language. While evaluators might overlook it at the 10U/Squirt level, it can factor in exponentially at the upper levels.

“Things like skating to and from the bench with enthusiasm and effort…I think body language is a huge differentiator,” Manney said. “If skills are relatively equal, and one player has good body language while the other one doesn’t, it’s a tiebreaker for sure.”

Evaluators only have a short amount of time to see you, and one thing that is sure to make you stand out is an extreme amount of effort. Evaluators stress the need to be overly aggressive in tryouts and to become involved in the play somehow. Block shots, backcheck with zeal, finish plays, compete relentlessly, and all those little things will make you stand out.

“Even if you’re doing stations,” Manney said. “Skate hard from station to station. It just catches the eye of the evaluators. They think ‘Man, that kid hustles. I’m going to keep my eye on them.’”

Play at the Right Level

Perhaps kids are generally less concerned about what level they are on, but rather how they fit in socially with that group. When a player’s ability fits in well with their teammates, the player will feel more comfortable as true peers.

“One of the great debates in all of sports is whether you are better off to be the best player on a lower team, or the worst player on an upper team,” Manney said. “I think it shows clearly that you are much better off on the lower team.”

A bubble player will likely develop more in the long run when they are able to create more opportunities to score goals, carry the puck, and influence the play at a lower level when the flipside is to try to keep up at a higher level.

Moreover, confidence is essential in player development as well.

“Kids sometimes like to be the center of attention,” Manney said. “But if you’re a player who can’t keep up, then you won’t develop as a player. When you’re one of the better players on your team or at least fit in skillwise, it creates enthusiasm and a desire to want to get better.”