Getting Up to Speed: Skating, Skills & the Fear of Falling Behind 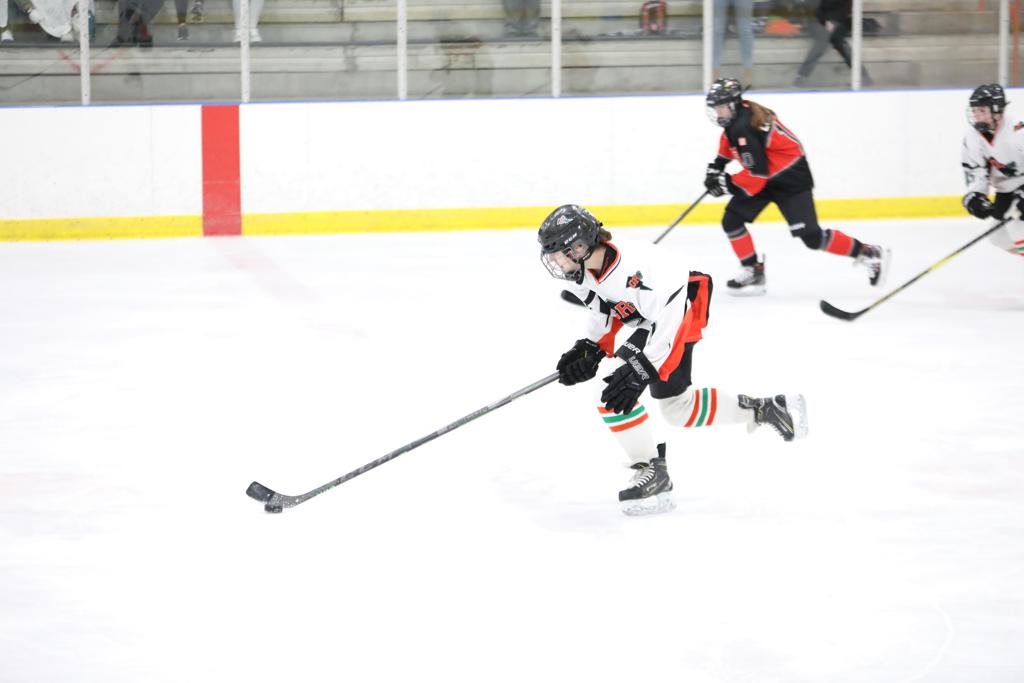 As summer comes to a close, young hockey players that put the skates and sticks away for a few months to focus on other sports – or just take a break – now find themselves tasked with re-sharpening their skills in short order to be sure they’re “ready” for the new season.

For many, this brings with it some anxiety that they’ll be behind schedule or struggle at tryouts due to the layoff. Players’ parents are likely feeling the same stress. According to Josh Levine, assistant coach of the Bloomington Jefferson girls’ hockey team and founder of Fortis Academy, which trains young athletes, there’s no need for panic.

“If you’re playing a sport like baseball that’s not really intensive on the cardiovascular, you may want to get started on hockey training earlier,” he said. “But generally, kids don’t take very long to get back into hockey shape. Most can start skating a couple weeks before the season and be just fine.”

Benefits to the Break

According to Levine, there are actually a variety of benefits for players who step away from the game. Studies have shown that overuse injuries and burnout can be prevalent without taking a break. “The players that should be worrying are the ones who played hockey year-round,” he said. “They should be worrying about hip injuries, or destroying the passion they have for the game by playing all year,”

Levine added. “You can also develop a lack of creativity, since ‘year round’ generally doesn’t mean playing at the pond with your buddies, it’s even more organized activity.”

The biggest worry kids tend to have, per Levine, is that spending their summer playing baseball or soccer will put them behind in terms of skating, but it can actually put them ahead in other areas.

“Most kids I see, after two or three skates, their skills come back, they knock the rust off and get back to their baseline,” he said. “And, because they haven’t been on the ice all summer and had that time off, they’re mentally refreshed. They’re hungrier to win pucks, more aggressive, and it benefits them in that sense.”

Best Ways to Get Caught Up

According to Levine, there are a number of things young players can do to expedite the “get ready” process. They don’t need to spend crazy amounts of money or scramble to find ice time – many of the training activities he recommends can be done on the driveway or in the backyard.

“I’d suggest players do some lower body, hockey-specific strength work, leg exercises that get them into a similar joint angle that they’d have while skating,” he said. “Because if you’re playing football, soccer, baseball or lacrosse, you’re sprinting at a different joint angle. You’re lower, using hip abductors more. They can also do speed work, some explosiveness training. Do short sprints followed by some rest. Then, decrease rest intervals over time to get closer to that stop-start pattern that you’ll have in hockey.”

“Stickhandling and passing are two things that take just a little bit of time to re-orient your body if you haven’t done them in a while,” Levine added. “So, if you’re 5-6 weeks out and haven’t skated much, do some stickhandling in the garage, passing with somebody. That will get fine motor skills specific to hockey tuned up faster.”

Levine cautions against over-thinking the need to get “mentally prepared” for a return to the game. “Just show up and have fun,” he said. “Truly, the best way to get back into the mental processing of hockey is to go watch some games. For kids, that’s very powerful. It’s a good way to get around it again, without feeling like you need to digest it tactically too intently. Just watch. You’ll absorb just by seeing it.”

How Parents Can Help

For the parents of athletes who take time away from the rink over the summer, Levine suggests they focus on providing an environment for their kids to “playfully train,” in a way that’s not overly organized, with a focus on developing skills, but also having fun.

“Having a nice shooting area at home, encouraging them to get together with friends, put on some music and pass the puck, all of that is great,” he said. “When I was younger we’d hang out at the Bloomington Ice Gardens, bring a sandwich, shoot for a bit, pass the puck around. And you wanted to be there because you’re with your buddies and there’s no pressure. Practicing stickhandling, shooting or playing roller hockey will keep them active and improve their skills without committing to anything major or structured.”