Moving Up Early: What’s the Rush? 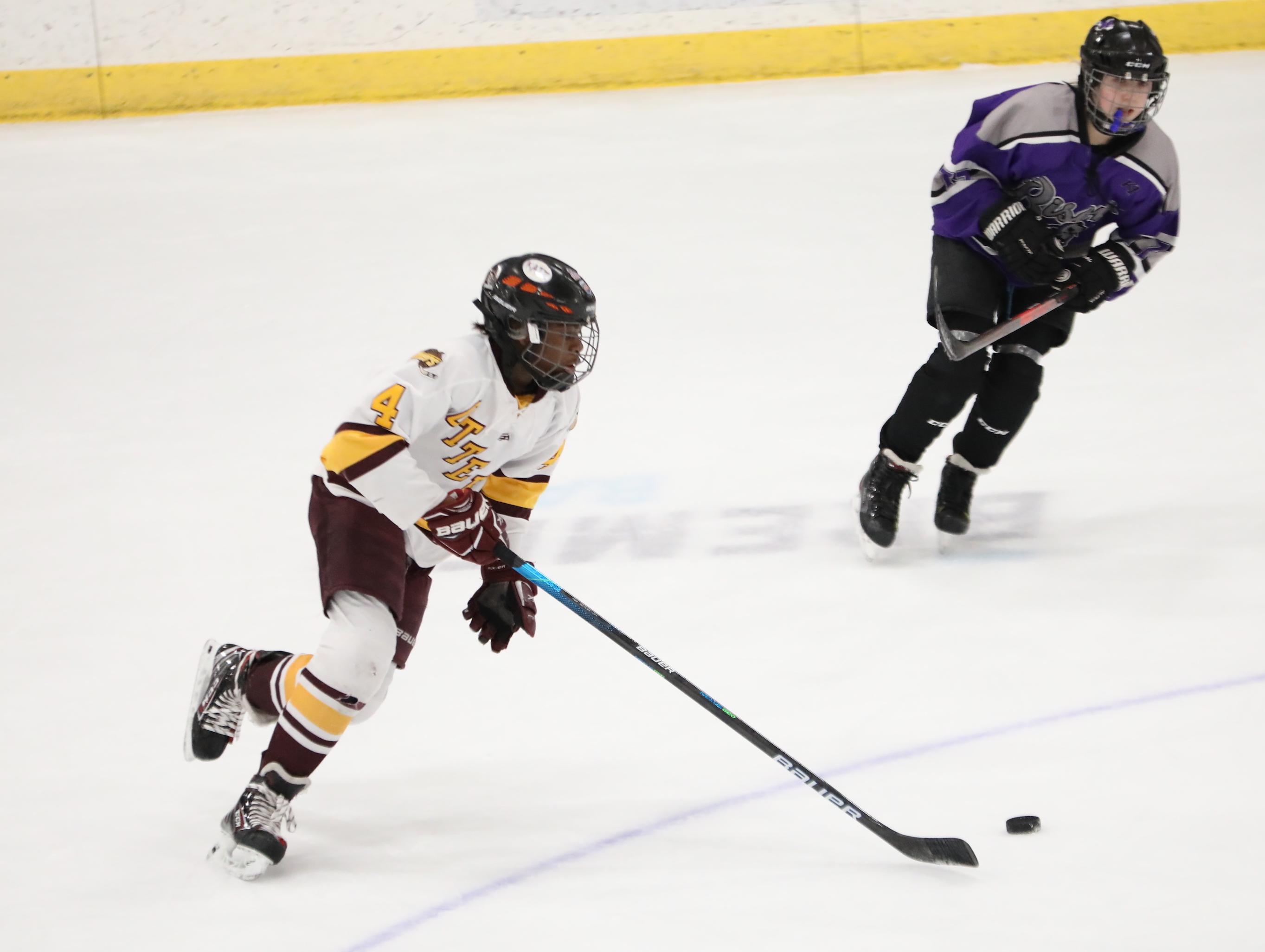 It’s a conversation and list of questions that routinely encircles the beginning of every hockey season from well-meaning parents and coaches: “Is Tyson/Paige/Matt playing with the right age group? Should we bump up? It’ll be better for their development to play against older kids and better competition, right?”

Yes, Tyson scored a team-high 28 goals, and Avery led the team in nearly every facet on the ice. And Matt, well there’s no question he’s a superstar for his age-group. Why shouldn’t he challenge himself at a higher level?

Josh Storm, head coach of the Lakeville South boys’ varsity team and father to four hockey-playing boys – all of whom he’s coached at varying levels – has heard the moving up chatter plenty.

While the idea and premise is generally well-intentioned, the thought process and plan couldn’t be further from the ‘right path’.

“There are unique situations, but my takeaway is, the majority of the time you should play at your age level.”

Here are a few points to consider when it comes to playing up.

Storm wants his players to dominate.

“For me, for my own kids personally, and for the kids I coach and train, I prefer that they dominate,” Storm said. “I want them to be dominant at every level they are playing. There’s something to be said about having the puck on your stick and having opportunities to try things and make plays and play one of those main roles on a team rather than one with major battles.”

Having success and building a player’s confidence is one of the main ways you’re going to ensure he or she is not only falling in love with the game, but having fun with it too.

“By keeping players at their age level, we’re making a huge impact on players who maybe aren’t projected to be the best, because we’re giving them these opportunities to succeed, have the puck on their stick, make plays, score, and develop. Some people might say that we’re building soft hockey players that way, but in my eyes, you should be encouraging development rather than placing them in these no-win situations like moving them up. The longer you can go without having any big conflict, I just think it’s better for your hockey player. Every player will hit a struggle, but by that point, because you kept building their confidence, they likely will have the skill set and confidence to overcome it.

“Especially at those younger ages, removing any confidence for any player can be detrimental, especially when that’s done by moving them up when they’re not ready.”

The reason we sign our kids up for hockey, or any activity, athletic or otherwise, is so that they can have some fun with their friends. Bottom line. While moving up from 12U/Peewees to 14U/Bantams might not feel like a huge jump, socially it’s a very different vibe.

“If you have a freshman on your team, there are things that they are going to go through as a 14-year-old kid that are a lot different and won’t feel as great when you’re dealing with 17- and 18-year-old men on the other side,” Storm said. “Developmentally, kids are placed by age groups for a reason. It’s just really important for their social and emotional development, and then, of course, what they should be doing as far as age-appropriate training.

“When we start pushing kids to that next level, oftentimes that really, really important cognitive stuff, and emotional stuff, and social stuff is skipped. It takes a special player to be able to be put in those circumstances.”

In Storm’s eyes, there is no reason to rush development.

Before winning a state high school championship, a NCAA National Championship, two Stanley Cups, and playing in the Olympics, Ryan McDonagh played on the Mounds View Squirt B team.

Hockey is a late-blooming sport. Rushing players can be detrimental to their development and sap their passion for the sport.

“The youth hockey experience that we are lucky to have provided to us in Minnesota is awesome. Enjoy it while it lasts. There is time to take it all seriously down the road.”