Putting the “I” in Team 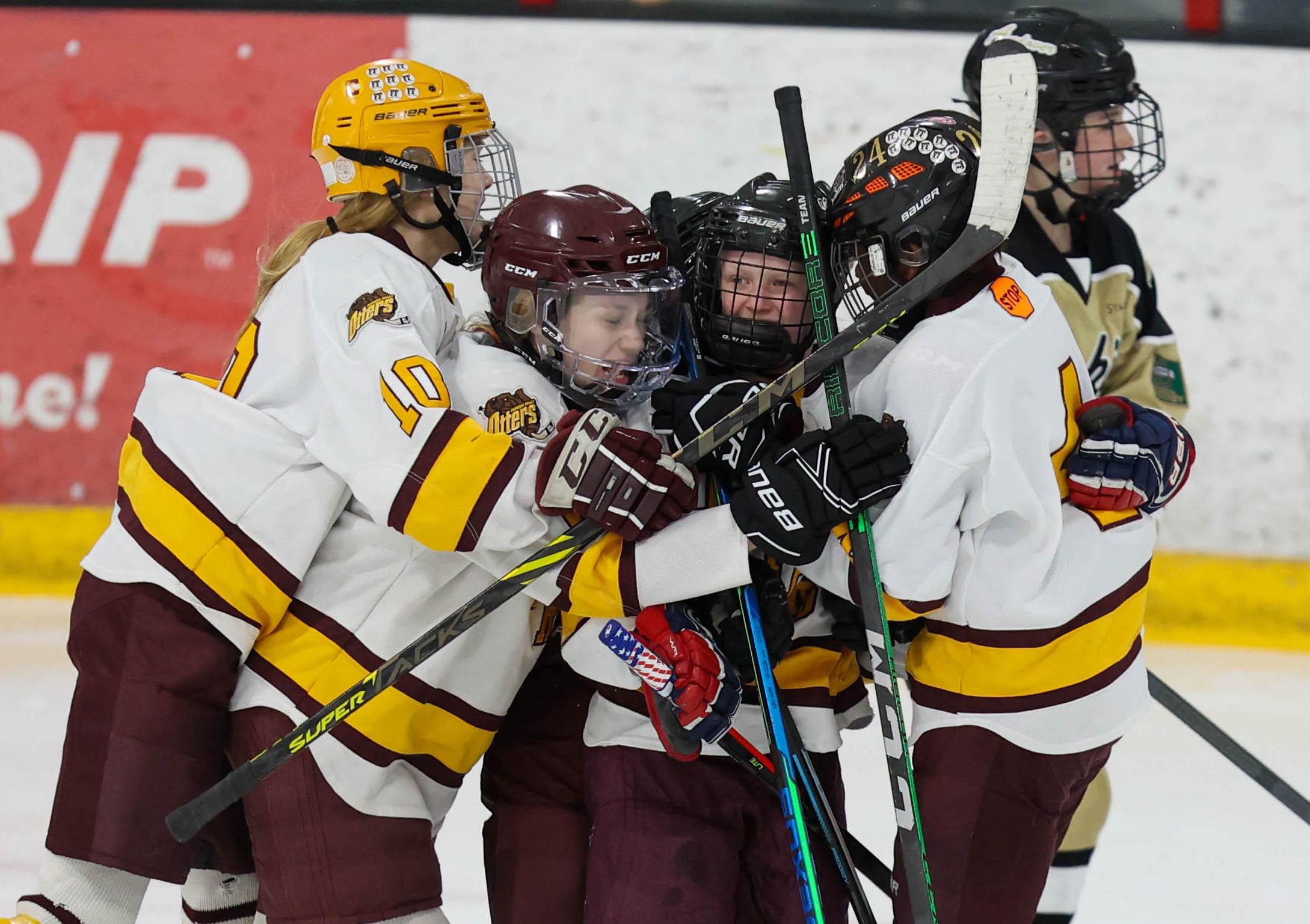 The 8U/Mite levels in hockey could be referred to as “simpler times.” They’re mostly about introducing young players to the sport, focusing on basic, foundational skills such as skating, stickhandling, passing and shooting and having a blast with friends. And not necessarily in that order!

Between the key developmental ages of 9-12, however, more sophisticated team concepts begin to be implemented into practice regimens. And the pressure is on coaches to create settings that allow for more advanced learning, while at the same time keeping all players – of varying abilities – engaged, while ensuring that techniques continue to be fine-tuned.

It’s that integration – honing individual skills within team concepts – and figuring out the proper balance, that is perhaps the biggest challenge.

“As we get to 10U and 12U hockey, it’s about taking the individual technical skills you’ve learned and applying them to game situations,” said former UMD Bulldog Dan Jablonic, who is now an ADM Regional Manager for USA Hockey. “In 8U, when we have the puck, we’re all on offense. When we don’t, we’re all on defense. And that’s about as complex as it needs to be. But as you get older, we need to set up the framework and allow players to make decisions so we’re not making them for them. We want them to be faced with challenges and game scenarios and it has to be fun. If we can create that atmosphere for them, we’ll see the results down the road.”

Concepts to Focus On

It’s important to understand the concepts we’re talking about. It’s not introducing 10U/Squirts to complex systems like a neutral zone trap, or over-emphasizing the power play, penalty kill or breakout systems. According to Jablonic, kids at this age should be introduced to team concepts such as positional play, odd and even man situations, how to play fast and provide puck support all over the ice, how to create time and space, and more.

“From there, that will lead into the more tactical side of things, like how to break out, advance from zone to zone, how to sustain pressure,” Jablonic said. “But we have to be patient. Everyone processes information and develops at different rates.”

“The skill sets with kids across the country is increasing, but what separates good from great is what they do away from the puck,” Jablonic said. “Individual skills are one thing, but how you use those skills to set the team up for success is key.”

The Happy Medium Between ME and TEAM

Jablonic believes addressing the balancing act between “me” and “team” needs to be made a priority at the start of the season, with constant reminders as we go, and it’s not just about what the players do on the ice that matters. In today’s world, with social media and other outside influences putting players on a pedestal, convincing kids to focus less on themselves becomes that much more critical.

“It’s important that coaches emphasize what it means to be a good teammate, both on and off the ice and are players doing the little things that make them better at practices and games,” he said. “What kind of body language are you bringing to the rink every day, are you staying humble? It’s not like singles tennis. In order to have team success it’s going to take everybody bringing something different, and that should be celebrated.”

Working in tandem, communicating on the ice, supporting each other, using team speed effectively, playing team defense, etc., are all critical components to the team concept, Jablonic adds. We’re still developing individual skills along the way, and spending practice time on them, but within the team structure.

“How you play well with others, that’s the big separator,” Jablonic said. “The best players in the world, they’re always working on some part of their game before and after practice to help their team win. They’re incredibly skilled but they know it’s a team game. The higher up you go, you have to move the puck and support it and defend it as a team. That’s one of the ways players get evaluated as they go up. You may be a good standalone player, but how do you make others around you better shift after shift?”

How Coaches and Parents Can Play a Role

“It’s important to communicate to players’ parents what we’re trying to teach their kids. Coaches should engage in a two-way conversation. With players, coaches should facilitate discussion. Did you have fun? Did you feel challenged? How will you transfer what you just learned into a game? Ask questions and let the kids talk. And continue to stress that to have any type of team success it will take everyone, not just one or two players.

“Some players will catch on quicker than others,” Jablonic points out. “Ultimately you want them to be able to solve their own problems versus a coach or a parent telling them what to do. That’s an environment that’s conducive to long-term development.”

Jablonic advises parents to try to reinforce positive messages with their young skaters, avoid comparing their kid or their family to others, and most importantly, to enjoy the journey.

“There’s nothing better than when a team comes together,” he said. “The more we can celebrate team accomplishments, good winning habits created as a unit, the more fun we’ll have. And, we’ll be setting these kids up for success as individuals down the road, both on and off the ice.”