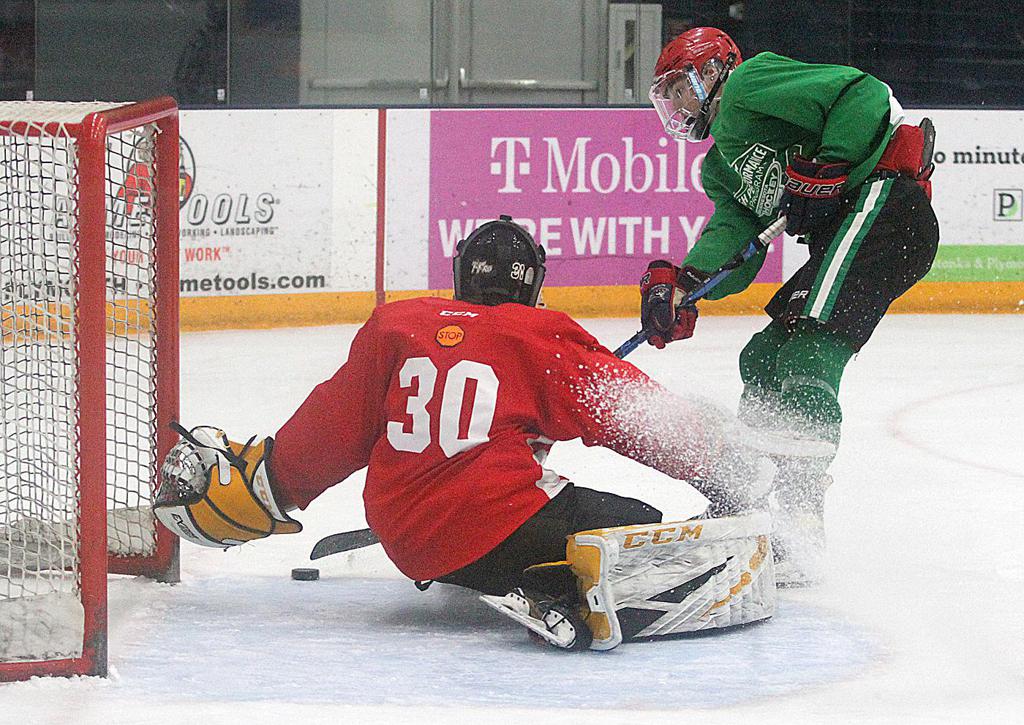 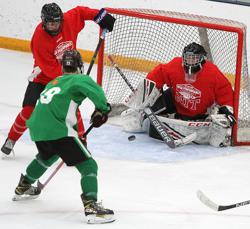 North Dakota rallied with three third-period goals to dispatch the Wisconsin 18s and punch its ticket in Sunday’s NIT championship round.

Locked into a tight game after two periods, the Green jerseys reverted to the form that had forced the rest of the pack to chase them all weekend, using speed, grit, and puck control to take care of business and finish on top of Pool A with a perfect 3-0 mark.

Wyatt LeDuc (Grand Forks Red River) finished with a goal and an assist, while a pair from Grand Forks Central—Braden Panzer and Chase Spicer—finished with two assists. They are the only three players to finish with more than a single point as North Dakota spread the wealth and the workload with 11 different skaters going down on the stat sheet.

Panzer enters Sunday in a tie with Minnesota Seniors’ Cam Boche (Lakeville South) as the tournament’s points leaders with six points each. North Dakota as a team finished with the most goals (17) and a tie with the Minnesota 18s with the best goal differential at +11.

In net, Logan Hendrickson (Bismarck) went the distance and stopped 28 of 31 shots he faced. 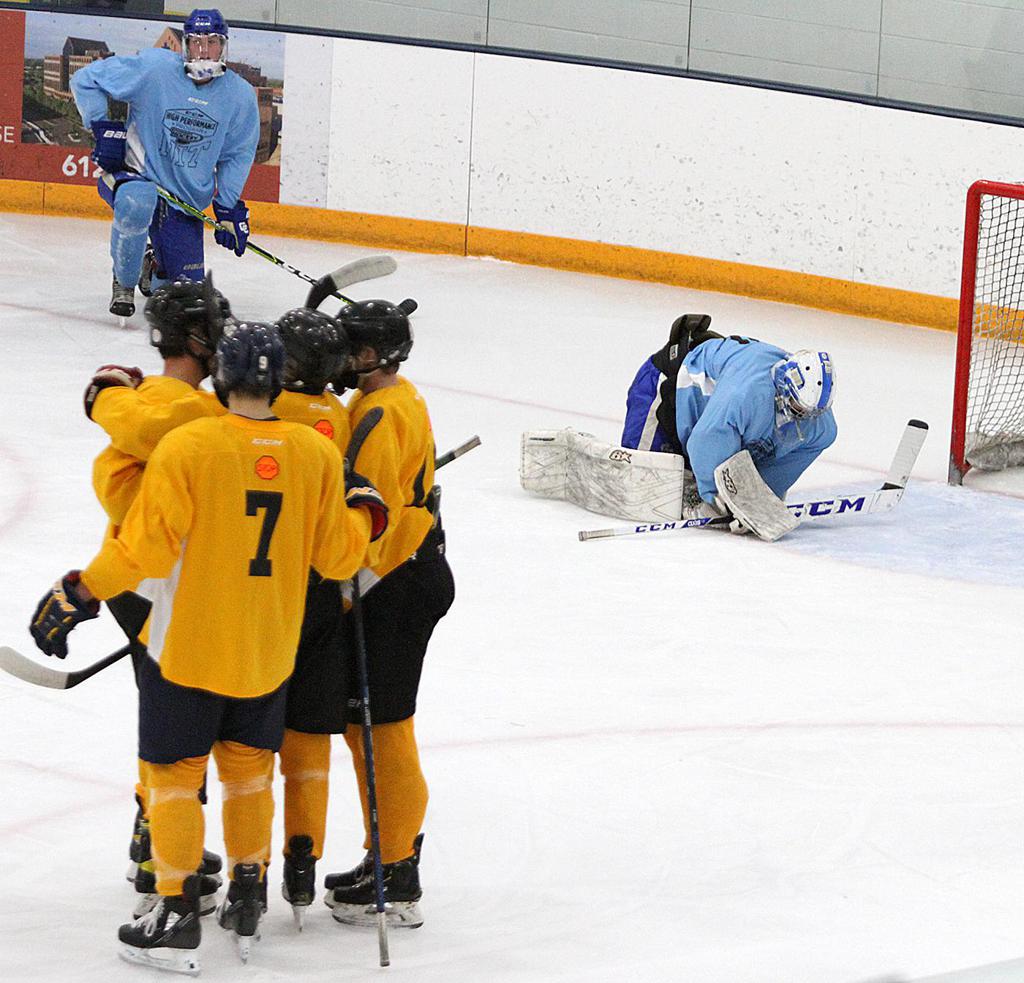 The Minnesota Seniors broke the game open with a three-goal second period to go ahead for good en route to a 6-3 victory over the Michigan 18s Saturday morning at Plymouth Ice Center. Minnesota closes Pool B play with a 2-1 record. Photo by Drew Herron 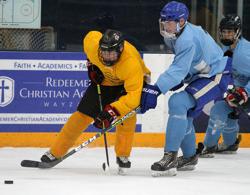 The Minnesota Seniors were able to flush the disappointment from a frustrating loss Friday night to piece together their best effort yet with a solid 6-3 victory over the Michigan 18s Saturday morning at Plymouth Ice Center.

Cam Boche (Lakeville South) and Luke Delzer (Totino-Grace) each scored twice to help lead the charge. Boche’s six points (2-4-6) puts him on top of the stats leaderboard after the first game Saturday.

Minnesota struck first with Delzer’s even strength goal 3:36 into the game, though the teams would trade scores the remainder of the opening period. In the second, Boche and Delzer would both score, along with Nick Sajevic (Gentry Academy) as Minnesota tore the game open.

Zach Hayes (Eden Prairie) and Jack Wieneke (Maple Grove) combined for 26 saves in the victory that improves the Minnesota Seniors record to 2-1 at the close of Pool B play.

Michigan 18s were led by Billy VanSumeren (Midland HH Dow) and Matthew Witt (Midland), each with two points. Goaltender Dylan Eliason (Northville) entered the game midway through the second period, and did not allow a goal, stopping all 17 shots he faced.  -- Drew Herron

Trailing in shots nearly the entire game, the Wisconsin Seniors made the most of their chances when surfaced, and three straight scores to start the third period would hold up as the Gray jerseys prevailed over the Michigan Seniors 7-5 Saturday afternoon at Plymouth Ice Center.

Wisconsin had 11 players record at least one point, while a trio had multi-point efforts to lift the Gray to a victory that pushes its record to 2-1.

Nathan Jurrens (Verona) scored twice, Boone Mathison (Tomah) had two helpers, and Leo Renlund (Verona) had a goal and an assist to lead the way for Wisconsin.

Wisconsin struck first and led 2-1 after the first period, and 3-2 after the second. In the third, Isaac Frenettte (Chippewa Falls) and Noah Pickart (St. Mary’s Springs Academy) scored early and 40 seconds apart to push the Gray jerseys out front.

But Michigan would not back down and rattled off three goals over the final five minutes — two of them from Leyton Stenman (Cranbrook Kingswood) — to tighten things up down the stretch.

An empty netter by Jurrens in the waning moments sealed the win for Wisconsin.  -- Drew Herron 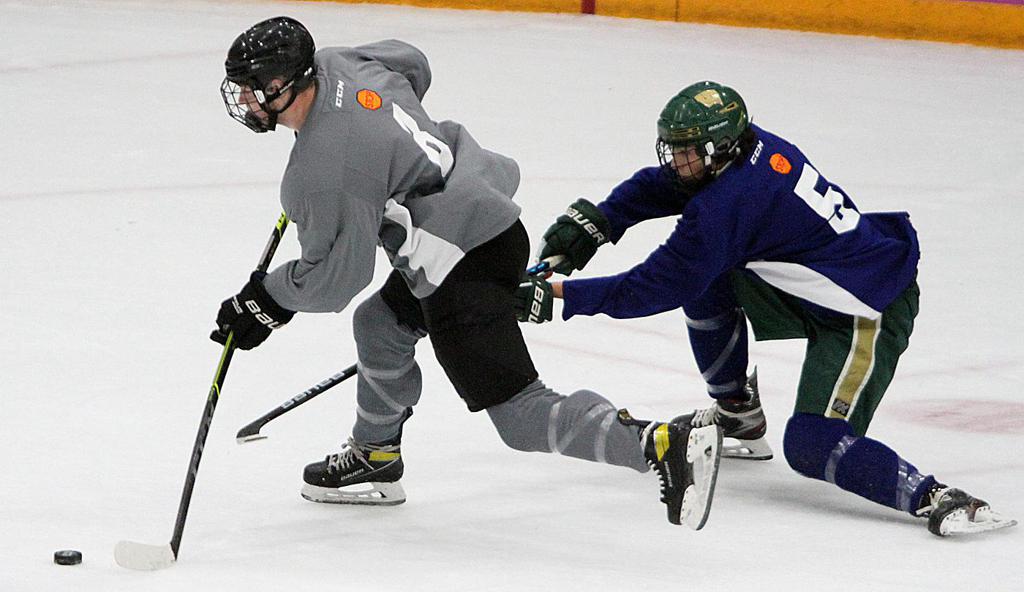 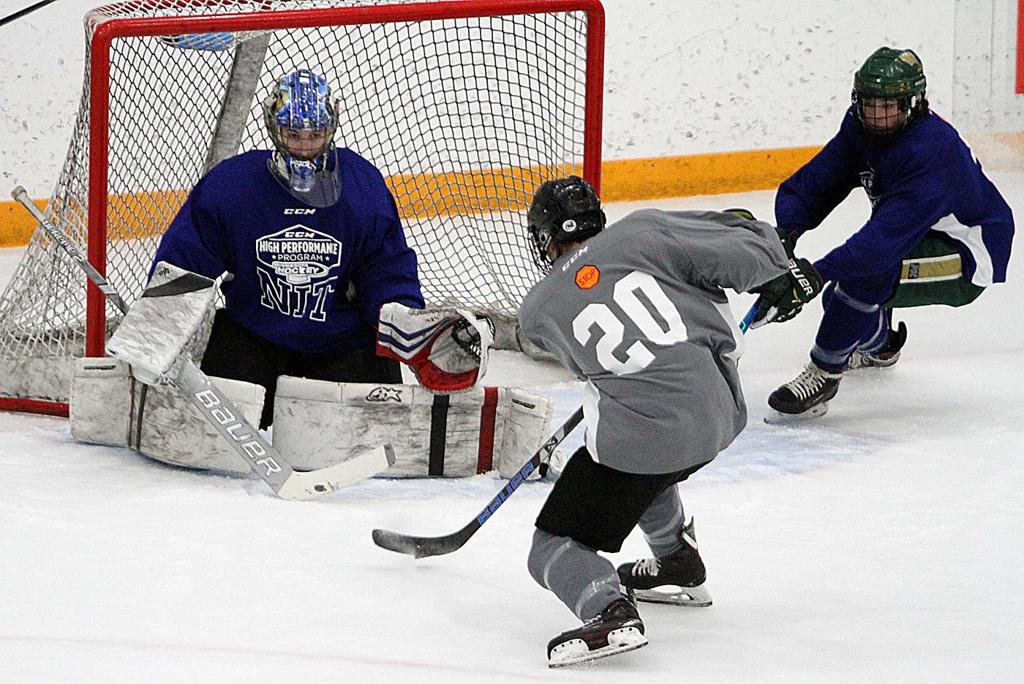 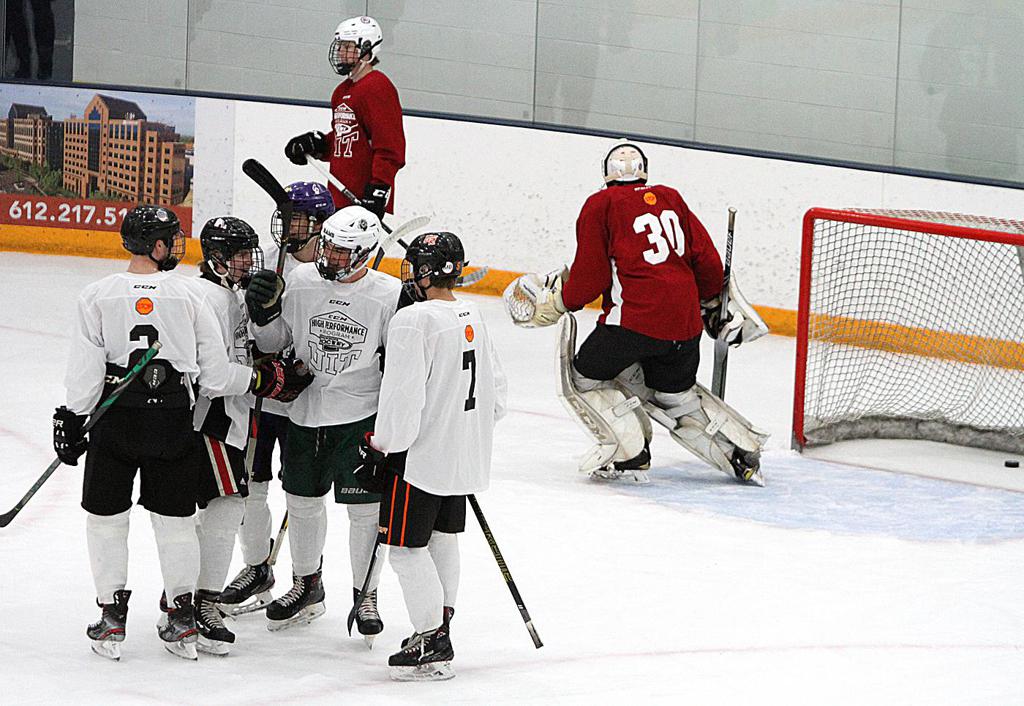 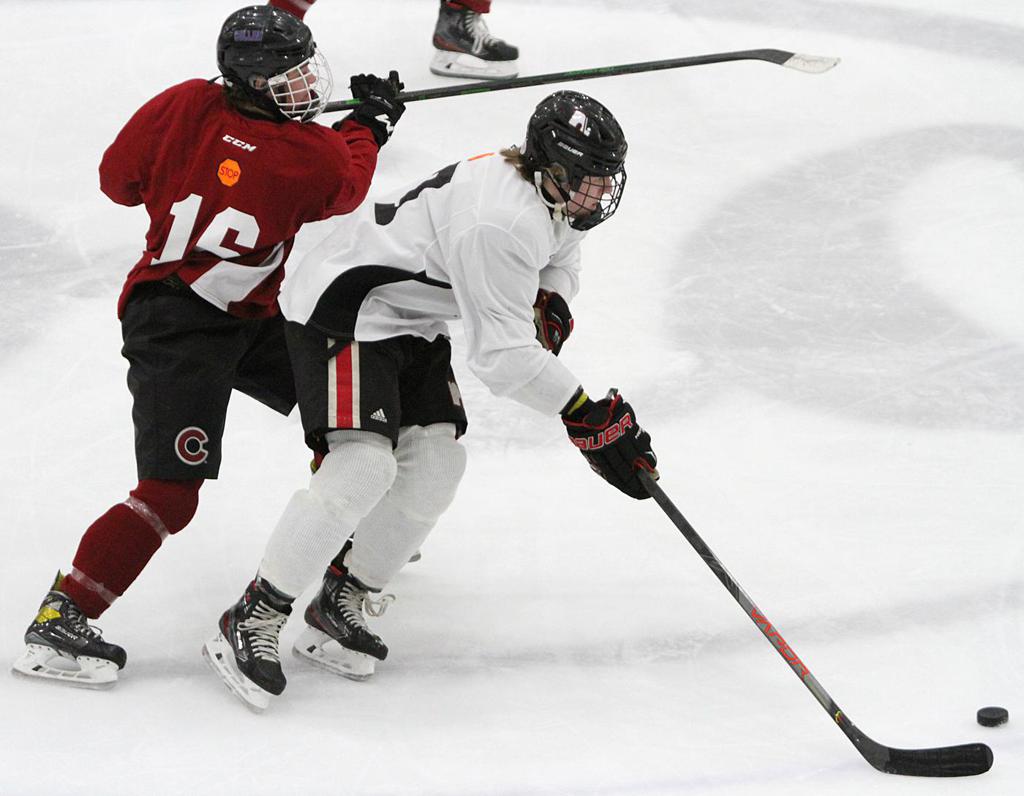 The Minnesota 18s dominated from the onset, scoring five times in the opening period on its way to an 8-1 win over Colorado Saturday afternoon at Plymouth Ice Center.