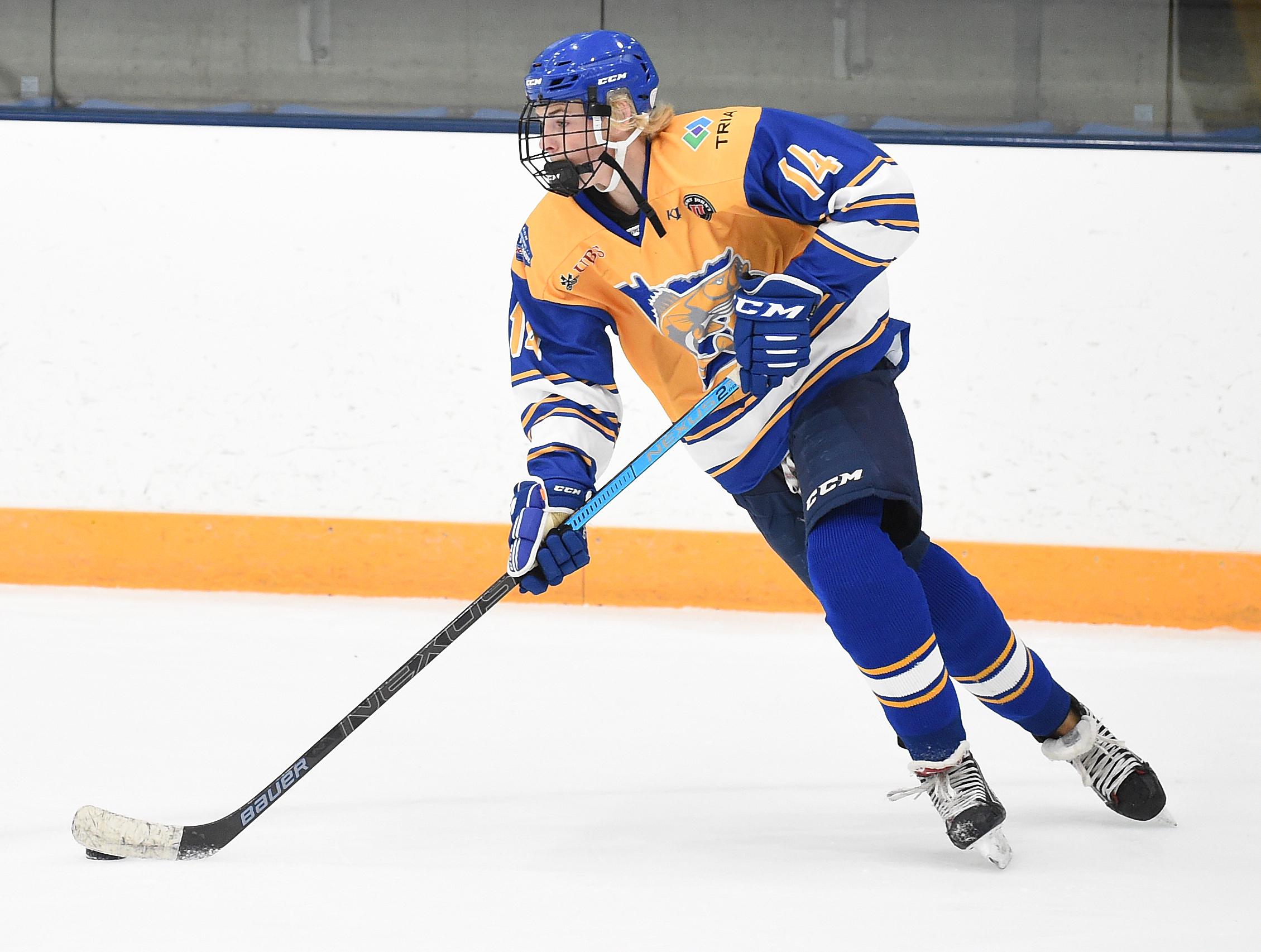 The Walleye dominated play during the first full weekend of 2020 CCM HP Boys’ Youth Tier I 15 League action, racking up a combined 31 goals as they went undefeated in four games at Plymouth Ice Center.

The Walleye’s toughest test came in their weekend-ending matchup with North Dakota on Sunday afternoon. The score was tied at 5-5 late in the second half Sunday afternoon when Kasen Sauer (Maple Grove), Parker Osborn (Mound) and Hagen Burrows (Long Lake) scored in a span of 1:37 seconds to secure an 8-5 triumph.

The Walleye beat the Loons 7-5 on Friday, topped the Polars 6-2 on Saturday and upended the previously unbeaten Lakers 10-5 on Sunday morning.

The Lakers sit at second in the league standings with a 3-1-0 record. They beat the Polars 4-3 on Friday and North Dakota 8-4 on Saturday. The Lakers rebounded from their loss to the Walleye Sunday morning by beating the Moose 4-2 in the afternoon.

Alex Lunski (Victoria) is the Lakers’ top scorer with four goals and four assists and Lakers goaltender Jonah Stevens (Edina) leads the league with a .904 save percentage.

The Green Giants played just two games over the weekend, beating the Moose 4-3 on Friday and skating to a 3-3 tie with the Loons on Saturday. The Green Giants (2-1-2) share second place in the league standings with the Lakers, as each team has six points. The Loons are fourth with five points and the Moose fifth with three.

The CCM HP Boys’ Youth Tier I 15 League resumes play at 7 p.m. on Tuesday, Sept. 1 with a matchup between the Walleye and Lakers at Pagel Ice Arena’s Rink 2. A full weekend of games are scheduled for Sept. 11-13 in Brainerd.