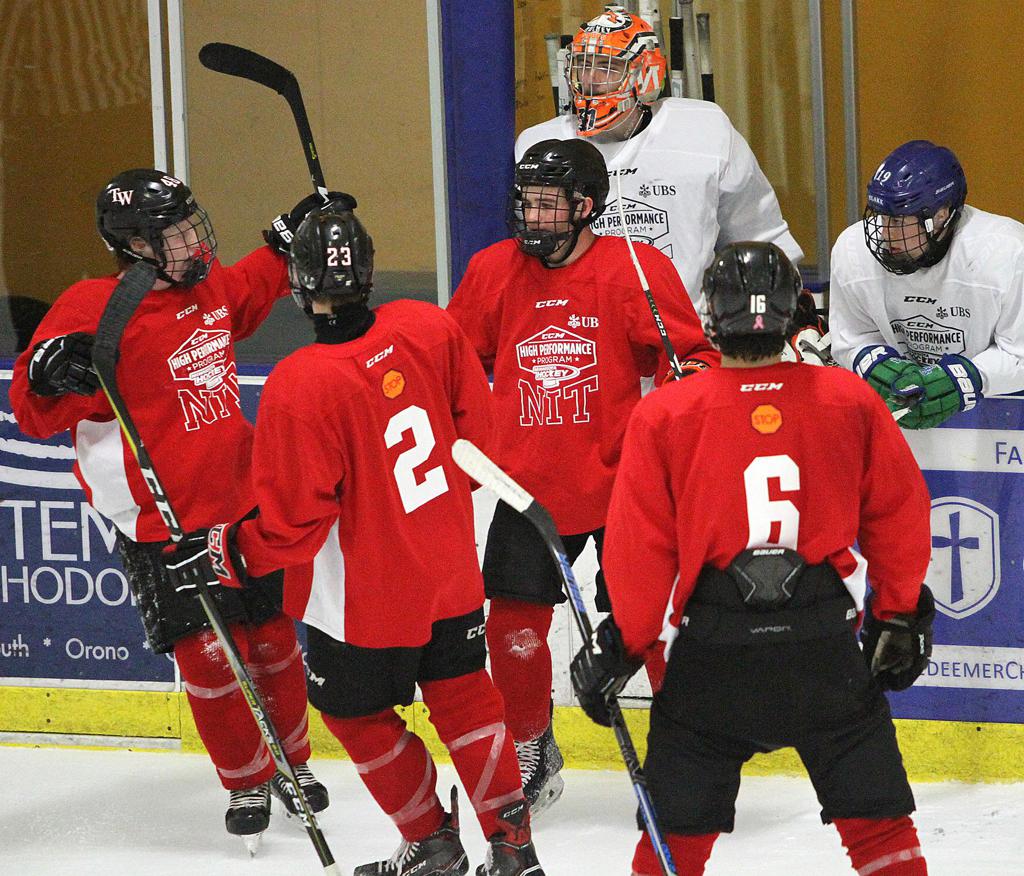 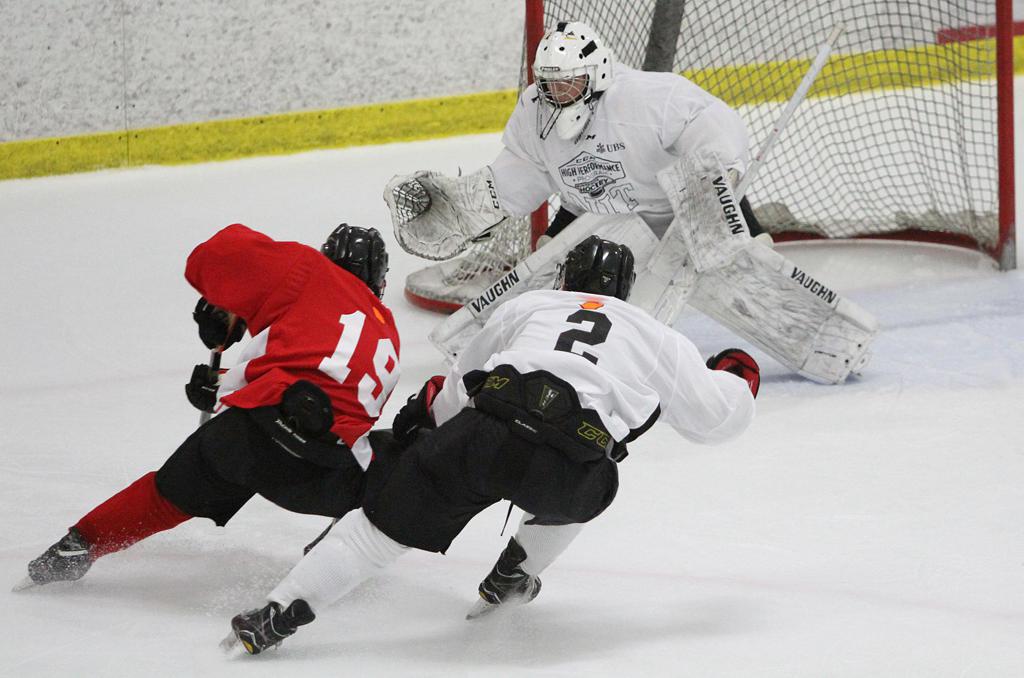 Wisconsin junior forward Barrett Brooks moves in to score his second goal of the game during the third period Friday night. Wisconsin defeated the Minnesota JRs 4-3. Photo by Drew Herron

The Red squad pounded out 43 shots to Minnesota's 23, and after taking an early lead, Wisconsin JRs play with command the rest of the way.

The Reds withstood a late charge from Minnesota, who proved not to go away without a fight. In the final five minutes, the White squad scored twice to make it a one-goal game as Brett Oberle (Hill-Murray) and Adam Flammang (St. Michael-Albertville) would convert, only to have the team denied the equalizer, and second with the extra attacker.

In net for the Reds,  Jacob Mork (Neena Hortonville Menasha) and Bo Buckley (Notre Dame Academy) combined for the win and 20 saves on 23 shots.

Minnesota JRs drop to 0-2 in pool play, while Wisconsin settles at 1-1.

Shots finished even and play proved relatively balanced, but the Michigan Juniors made the most of their chances to get past the Minnesota Seniors 6-3 Friday night at Plymouth Ice Center.

Michigan grabbed an early lead when Will Jentz (Brighton) buried a first-period goal, then the Sky Blue squad reclaimed the lead late in the second period on a goal by Brendan Miles (Detroit Catholic Central) after Minnesota briefly tied it at 1-1.

The Gold squad from Minnesota kept the pressure on, and cut the deficit back to one goal in the third period when Gavin Rasmussen (Cloquet-Esko-Carlton) and Joe Foss (Elk River) scored a little less than five minutes apart to set the stage for a frenzied finish.

Following a timeout, Minnesota pulled its goalie and set up for a face-off in the Michigan zone, but had trouble handling the puck to set up its offense, and Michigan pounced on the miscues. Michigan would pour in two more goals on the empty net to seal the victory for the Michigan JRs, who improve to 2-0 on the weekend.

Joey Cormier (Trenton) played the entire game between the pipes for Michigan, stopping 27 of the 30 shots he faced.

At the other end, Brennan Boynton (Champlin Park) stopped 13 of 14 shots through a period-and-a-half before yielding to Jacob Gathje (Rochester Mayo). Gathje finished with 13 saves on 16 shots. 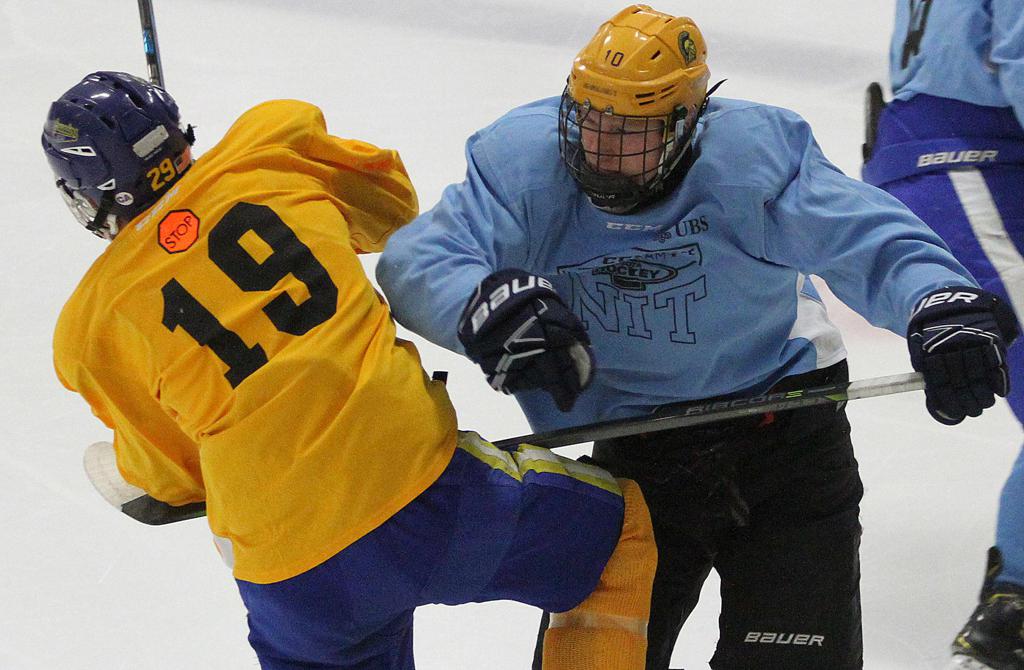 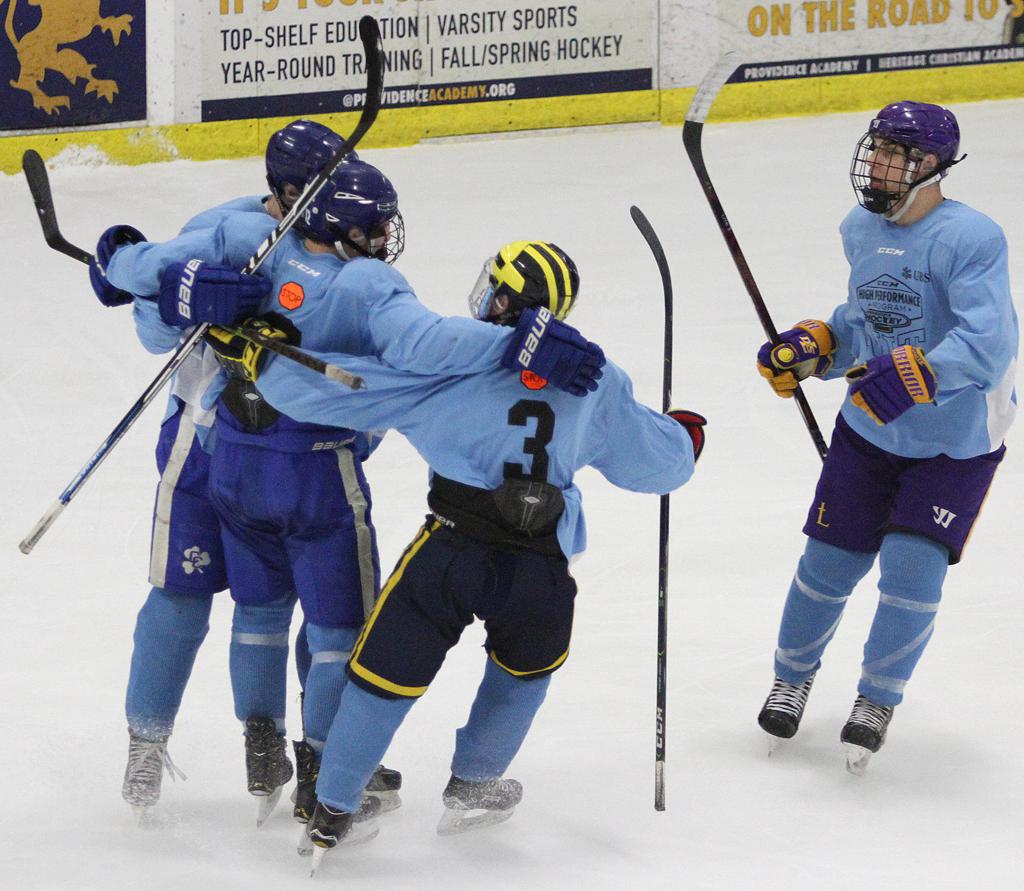 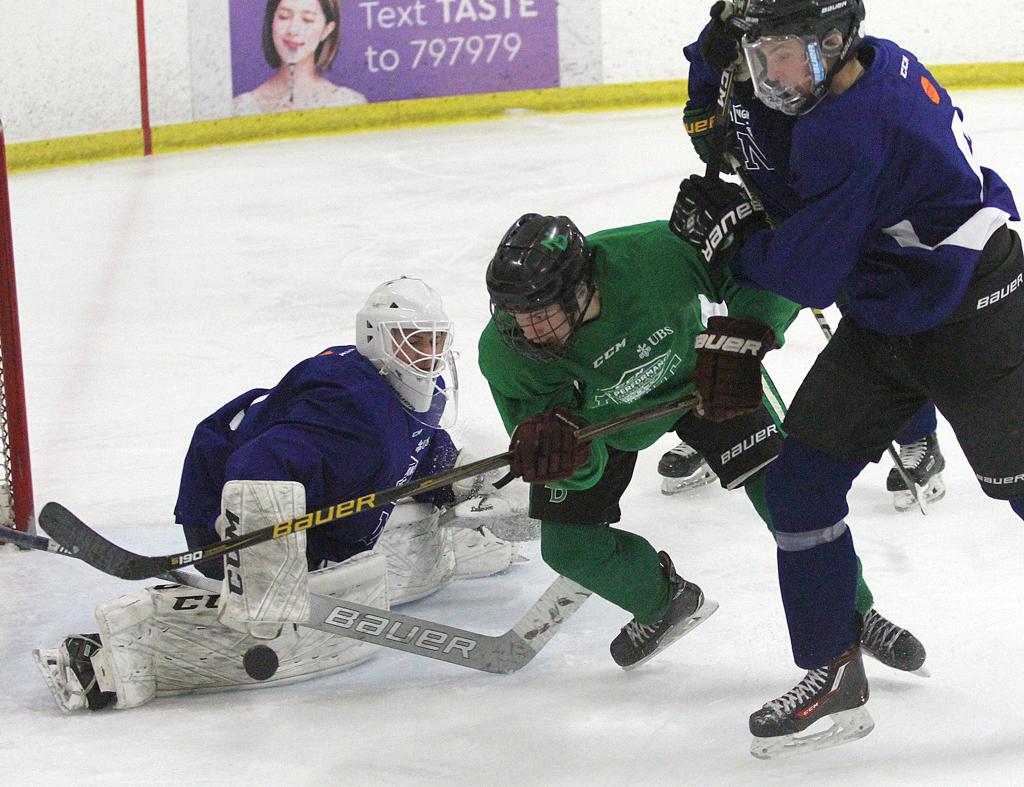 The Michigan Seniors seized an early lead, then withstood a series of high-pressure flurries from a hungry North Dakota team to etch out a narrow 2-0 victory in second-round action Friday afternoon at Plymouth Ice Center.

It took just 2:20 for Michigan to get things started when Sam Erkkila (Calumet) opened the scoring, but from there, both teams settled in and the game tightened up considerably.

North Dakota hammered away the remainder of the way and outshot Michigan 29-26 for the game, but netminders Sam Evola (Detroit Country Day) and Brett Tome (Hartland) weathered each storm and combined for the shutout. Tome finished with 14 saves and Evola with 12.

Michigan's second goal came late in the second period when Patrick Donnelly (Houghton) buried his own rebound to push the Blues ahead by another score.

Michigan improves to 2-0 in Pool play with the victory, while North Dakota settles its record at 1-1. 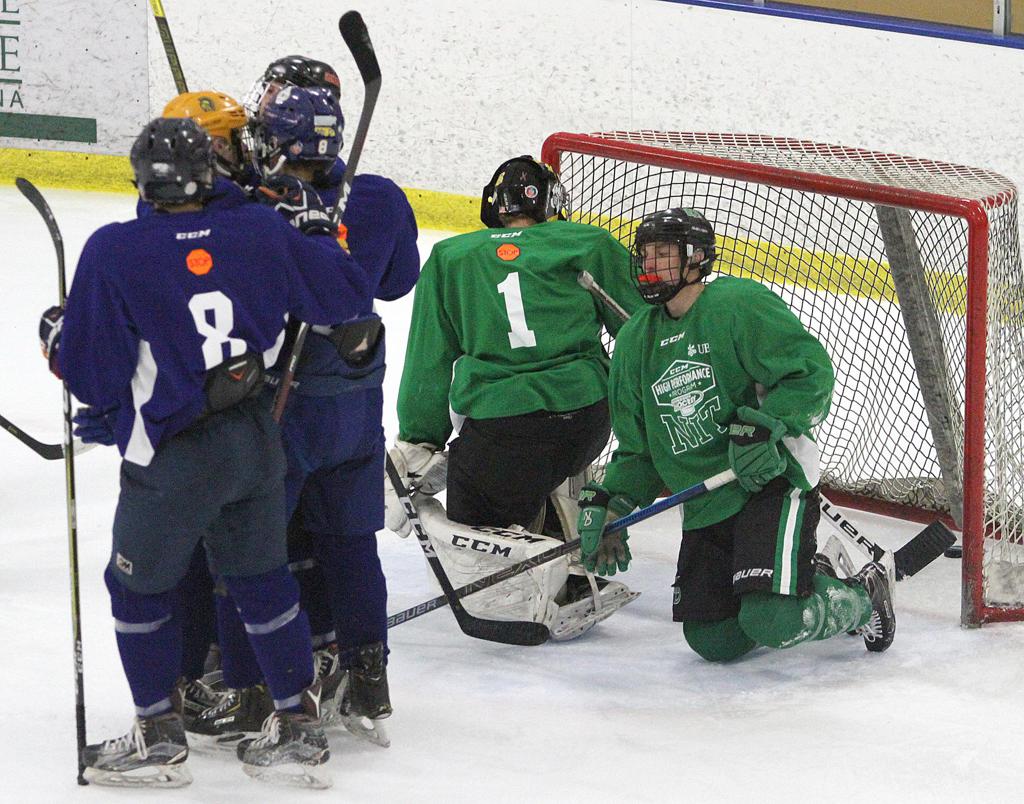 The Wisconsin Senior squad moved its record to 2-0 in pool play, and set the stage for a Badger and Wolverine states sweep Friday afternoon at Plymouth Ice Center.

Bo Bergenthal (Middelton) and Jake Oseicki (Verona) each finished with three points while 13 different Wisconsin players would record at least one point in the victory.

In net, Garrett Larsen and Gavin Abric combined for 10 saves and the shutout.