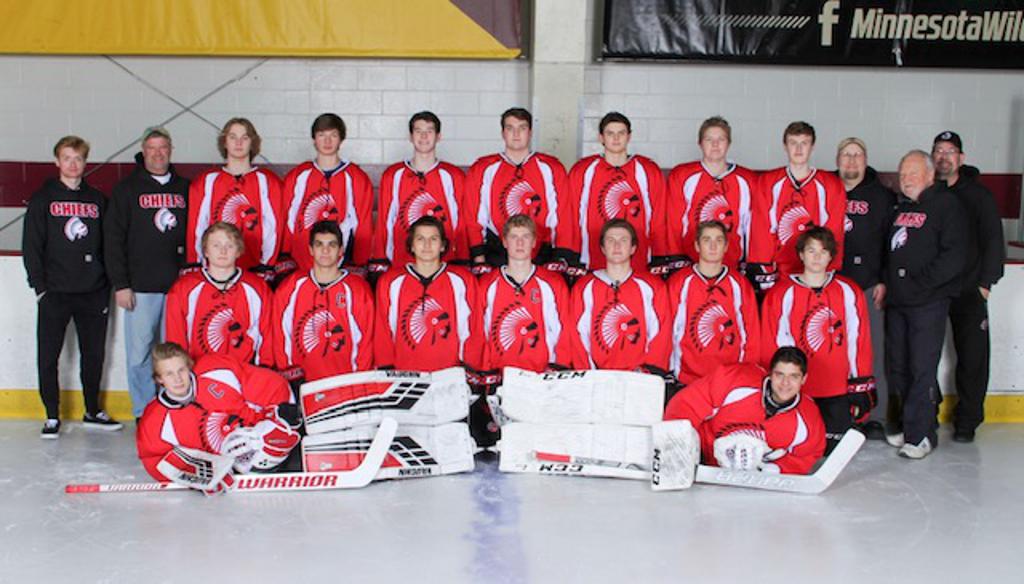 The season started with our first game and first win against St. Louis Park. On January 12th, we played our first home game at the newly renovated Centennial arena. On February 9th, we held senior night to honor all 28 seniors from the Centennial Junior Gold A and B teams.

There were a couple games that stood out from the season. One was our game against Eden Prairie. We were down 0-3 after the first period and came storming back to win 6-4. The second was when we played Hill-Murray. We showed up, and they had no goalie. Instead of rescheduling the game, they played with one of our goalies in their net. We ended our season like it began with a win over St. Louis Park, and punching our ticket to state.

The best part of this season was the bond the boys on this team shared. They had a goal to go to state and win. They accomplished the first part of that goal and made many memories along the way.