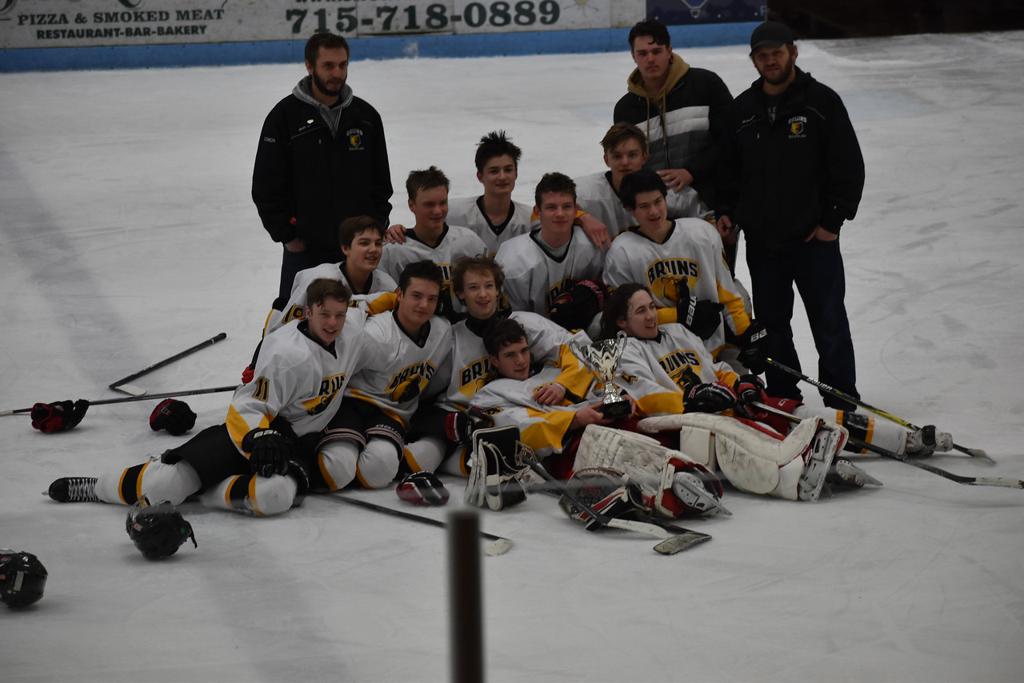 Coming into this season, we were unsure what our numbers were going to look like. After fielding two junior gold teams last year, we struggled to get guys to want to play and by the time the season started, we had 12 skaters and one goalie on our roster.

We played three tournaments in December, and although the team skated hard, we could not get in a rhythm with such few skaters.  We picked up another skater for our third tournament, but lost one for the remainder of the season due to a broken collarbone, so again we were back to 12 skaters.

Heading into January, our team began to find there groove.  In our last three tournaments of the season, they finished fourth in Edina, third in Duluth, and third in White Bear Lake.  We took this momentum into our Gold Region playoffs and won our first two games giving us a birth to the State tournament.  Our 13 players consisted of four seniors, seven juniors and two sophomores. They meshed well as a team even with there varying ages and personalities, and it showed on the ice with their ability to skate with any team we played against, regardless of the other team's skill level or bench size.

This was a memorable season for all players involved even without the ability to play at State, simply for the fact of what they achieved as a team throughout the season and the amount of growth they experienced as a team.