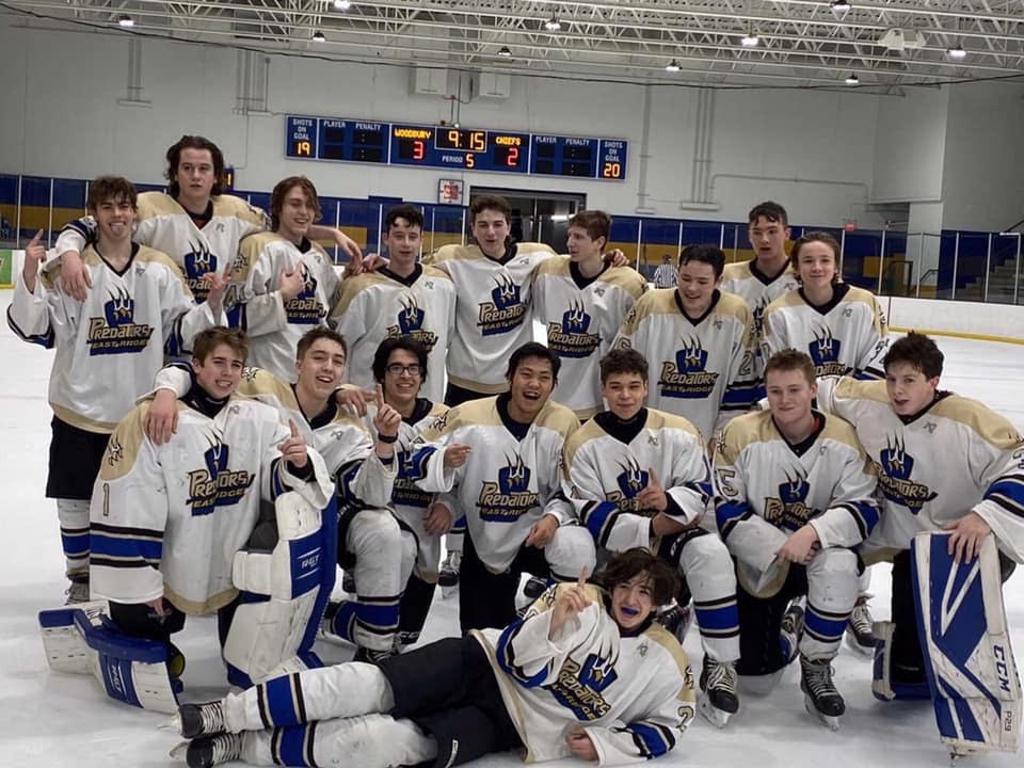 This was an incredible season for a group of boys that came together from Cottage Grove, East Ridge and Woodbury high schools. From the beginning, they wanted to compete for the chance to represent their community at state. They spoke of it often. They weren't cocky, but confident it was where they were headed.

The start of the season was a big rocky, but January brought a new year and an opportunity to start fresh with a tournament in Duluth. Three close losses and a player with a broken ankle made for a lot of disappointment on the ice. However, this was the start of a team. Breakfast, lunch and dinner together for a few days changed their mentality, and they were no longer a group of kids from three different schools, but instead, a team, as they made the long drive home on I-35.

From the Duluth tourney, themed game nights were born. The parents saw Hawaiian wear when it was -23 windchill, beach night during a blizzard, suits on a Saturday, and a frat boy night. This was an opportunity to bring the boys, and coaches, together even more. The last half of January the boys went 4-2-1 with big wins against Edina Green, EP/Tonka, and Stillwater. This was the boost in confidence needed to bring everything together, but they still had a long way to go to reach their goal.

Practices became more intense, players were communicating better and working together like never before. The message was clear. "Do whatever it takes."

The boys went into JGHSL Playdowns with the #9 seed and a match-up against Hastings. In regular season, play they had gone 1-1 with one-goal games each time. Despite a valiant effort by the boys, a tough loss in overtime was the outcome. That brought news of a rematch against Centennial. A win was the only thing that stood between this team and a state tournament appearance.

The mood in the locker room before the game was different. They were energized, confident, ready. At the end of regulation against Centennial, the game was locked at 2-2. The first overtime saw a back-and-forth game with huge saves on both ends, but nothing found the back of the net. And then, in double overtime, a break for the boys, Robby Sampson took a quick shot that left a rebound in the slot and Alex Aubin put it in, "bar down". As a team, the boys jumped off the bench and celebrated. It didn't matter who scored, but that they had realized their dream they worked so hard for all season.

The planning began for matching apparel, posters, celebrating at the state banquet, and playing the greatest game on Earth, in March, in the State of Hockey. A true once in a lifetime opportunity.