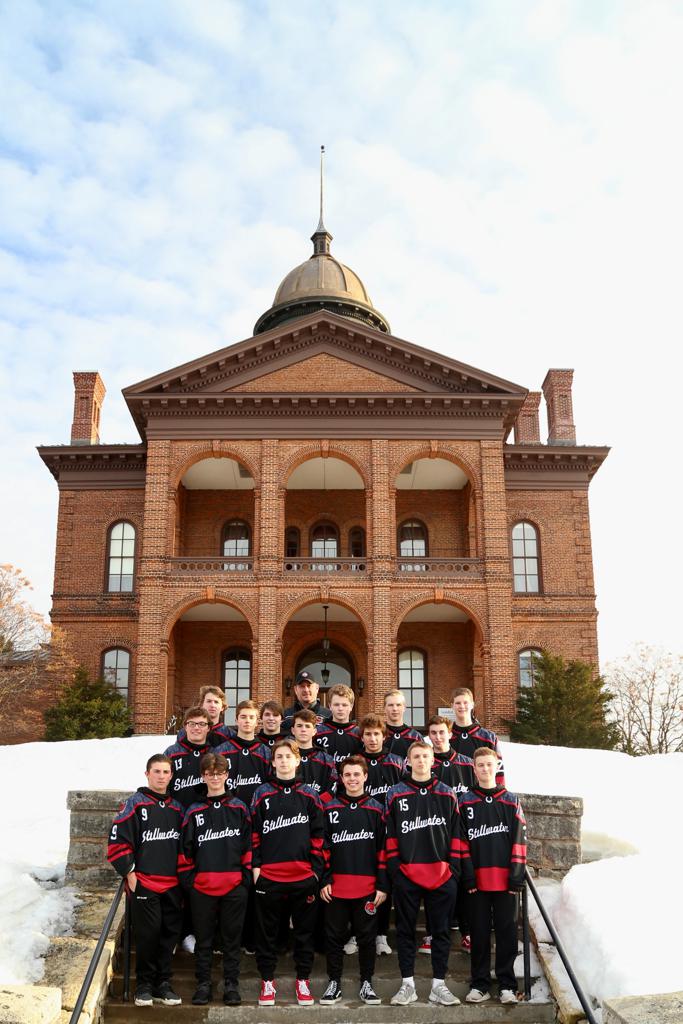 We saw definite improvement and maturing of our group of young players as the season progressed.  Five of our seven losses were decided by one goal, and the other two by 2 and 3, which really displayed the defensive style of hockey the team focused on.  The highlight of the season was a 3-0 victory over top-ranked Lakeville in the championship game of the Hudson tournament.  A key to the success of the team was the play of our goaltender and the support he received by the players around him.  We had been looking forward to competing against a quality field of teams at State but are grateful for the memories we created throughout the season!