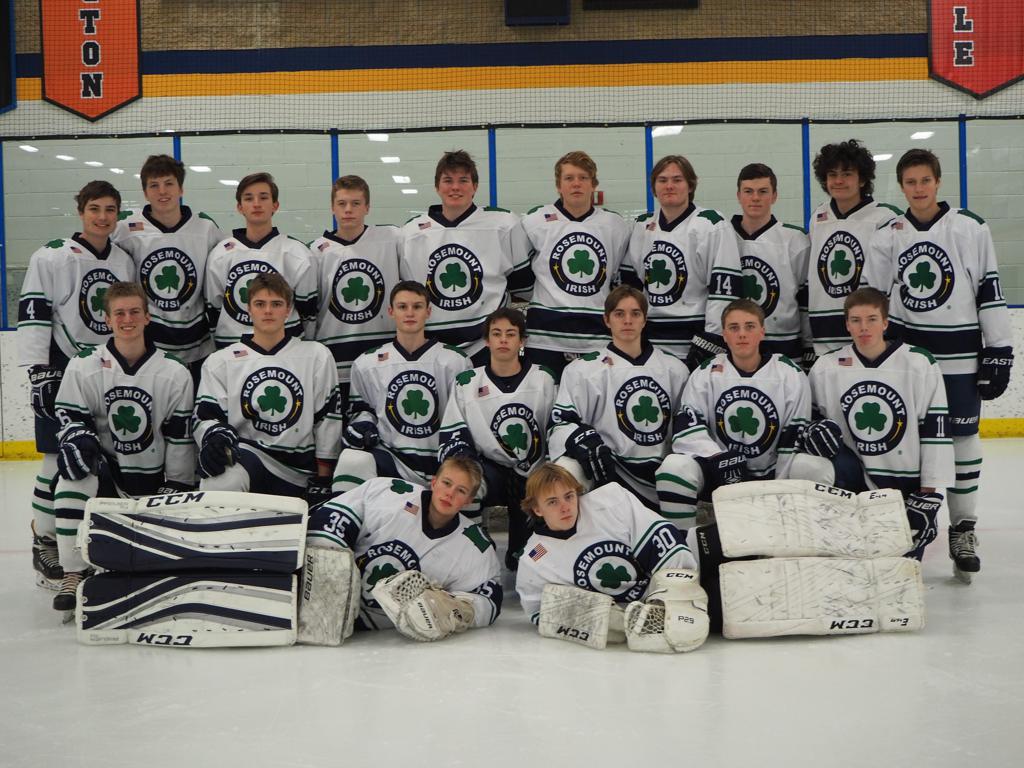 Rosemount Junior Gold 16 had no expectation of earning a way to the State tournament this year.  Coming off a previous season of 20+ defeats, with a core of returning players, the goal was to change the culture of losing and be competitive.  The stretch goal was to make JGHSL Playdowns.

The season started off with an uninspiring tournament and first regular season game followed suit with a sound defeat. With some adjustments, the team responded with three straight wins. This gave everyone the confidence they could be competitive. They started to play as a team, showing effort every shift and never quitting.

The year brought many ups and downs, but it was highlighted by winning Rosemount JG16 first ever trophies: a Consolation and a 2nd place finish.  As the season went on, we started to believe.  Attitudes remained humble, as our team knew every goal, every fair play point counted.  This steady, competitive attitude among all the players secured a spot in playdowns.

After losing in the opening game Playdowns, it came down to the last game. Win and we go to state, lose and we go home.  The fans were loud. Players and coaches were excited.  Each team knew what was on the line.  It was a very competitive game with back and forth action, and the outcome was unknown until an empty net goal secured the win and propelled our team its first State Tournament appearance.

Being able to attend the State Banquet was an exciting and memorable moment for the players, coaches and parents.  Knowing our team, State bound, was among the best hockey players in the state was humbling. Despite the abrupt cancelling of the tournament, we take with us the memories of games played, the competitive attitude and the sense of pride for achieving our goals.