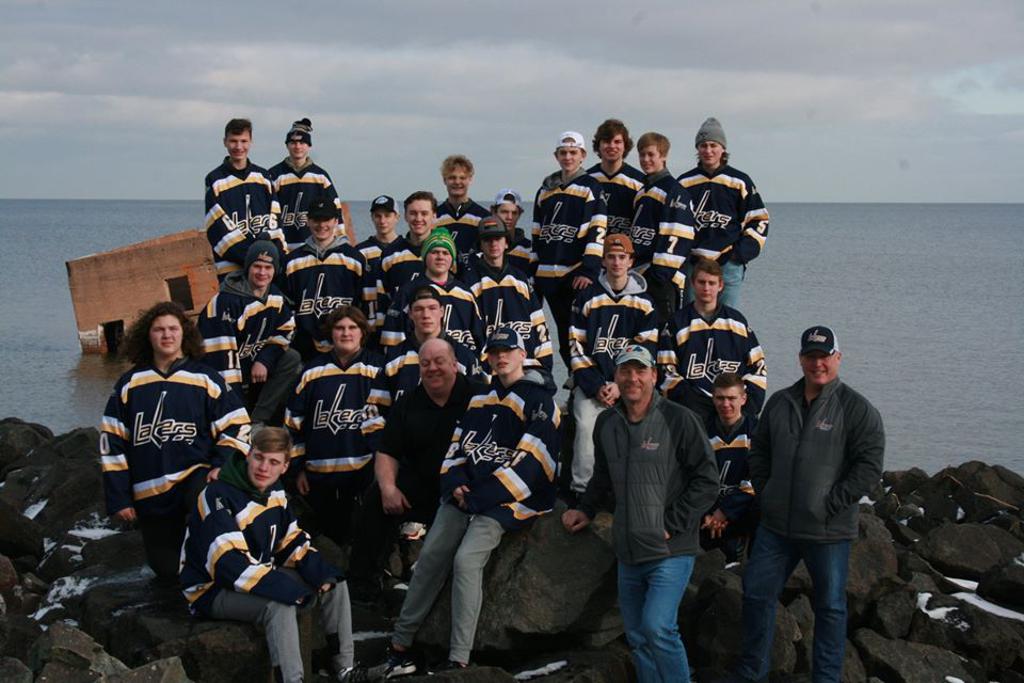 This year's Prior Lake Jr. Gold 16 team was one of the only teams in the state with 23 players. That gave our players a unique opportunity to learn about teamwork, and they really bought into the idea of sacrificing for the good of their teammates and the team as a whole, which made for a great season.

We finished in the middle of the pack in the JGHSL league. We had some ups and downs and a large number of ties. Undoubtedly some of the highlights for the boys were the tournaments we played in, including the trip to Duluth pictured above. The team really found its groove toward the end of the year and only had a couple of losses in its last eight games including a tie against Edina White, which was one of the top teams all year long.

As one of the last teams to qualify for JGHSL Playdowns, some may not have expected us to make it to state, but our team had confidence they were capable of raising some noise. They accomplished exactly that by knocking off Edina Green 3-2 in their opening game and then shutting out Mahtomedi 3-0 to earn the #6 seed to State!

Our boys were really looking forward to another chance to take on Edina White in the opening game of the State Tournament, but we're incredibly proud of their growth on and off the ice over the course of the season! Thank you Lakers for a great season!