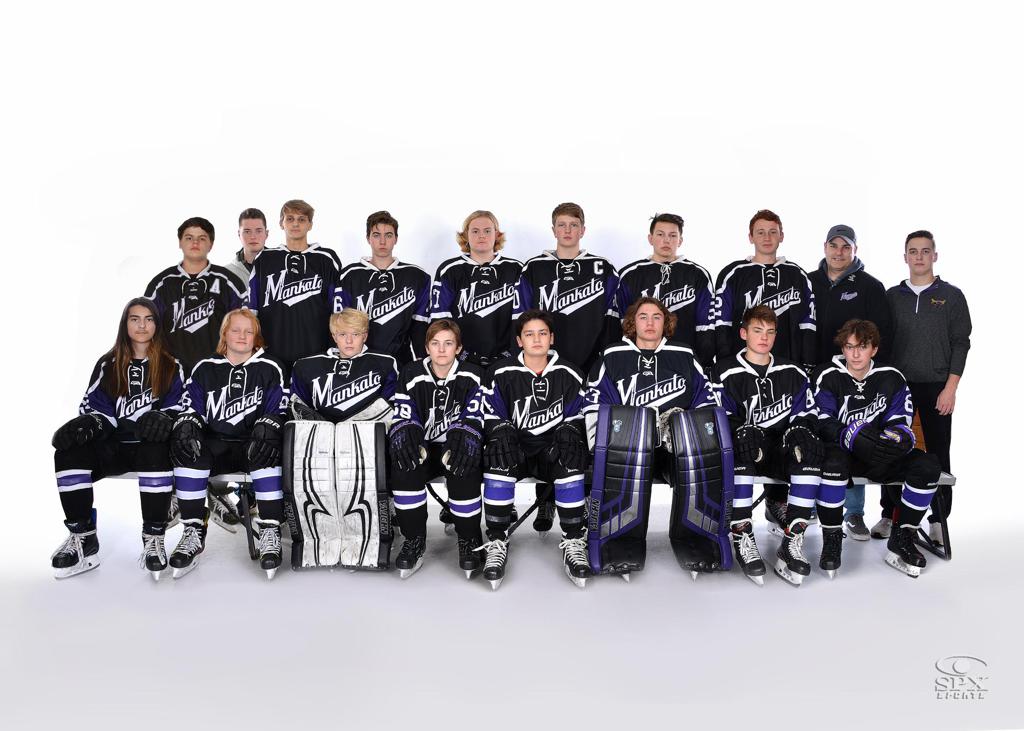 Led by captain Jayden Larsen and assistants Maddux Langworthy and Jace Kopiscke, this year's Bantam B team became what we believe is the first team from Mankato to play in a Bantam State Tournament.

Our team's success was exactly that - team success. We rolled three lines, two pair of defense and rotated two goalies throughout the season, with no exceptions. Our team offense was prolific, scoring over five goals per game, and our defense and goaltending were rock solid, allowing less than two goals per game.

Even more impressive and rewarding, this team completely bought into our message of playing aggressive, competing relentlessly and learning through failure. Of the ten losses we had, we beat eight of those teams the second time we played them. The team just got stronger each month of the season and were starting to peak as we won the Bantam B South Region championship.

Thank you to all of the players, parents and fellow coaches for making this an incredible season to be a part of!