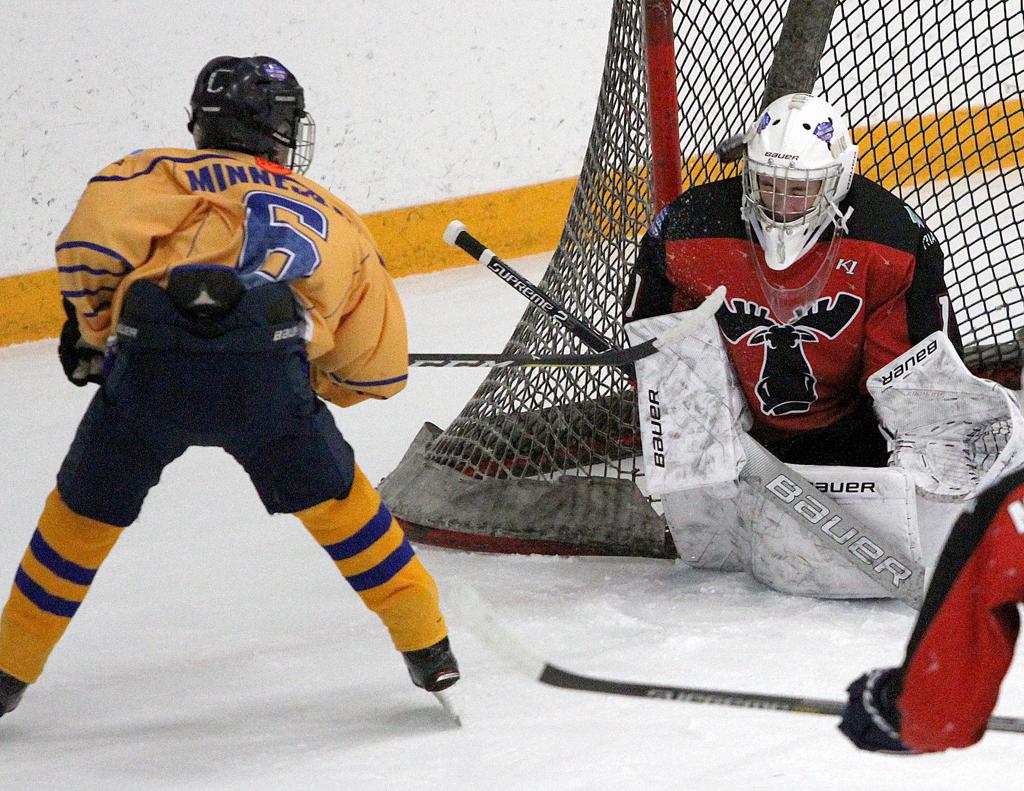 The Walleye started fast with three first period goals, then hung on for a 4-1 victory over the Moose Saturday afternoon at Plymouth Ice Center.

Their reward is a spot in Sunday’s 14U title game against Shattuck-St. Mary’s.

Against the Moose, the Walleye opened up the scoring less than four minutes into the contest when Landen Gunderson (Plymouth) got things going. In the final minute of the opening period, additional scores came from Johnny Hendrickson (Independence) and Mason Baldwin (Minneapolis) as the Walleye took command.

In the third, the teams traded scores, first from the Walleye when Josh Giuliani (Plymouth) made it a four-goal-game with 4:53 to play, followed by the Moose’s first goal with 3:17 left. Speedy forward Anthony Madigan (Inver Grove Heights) scored for the Moose to wipe away the shutout. 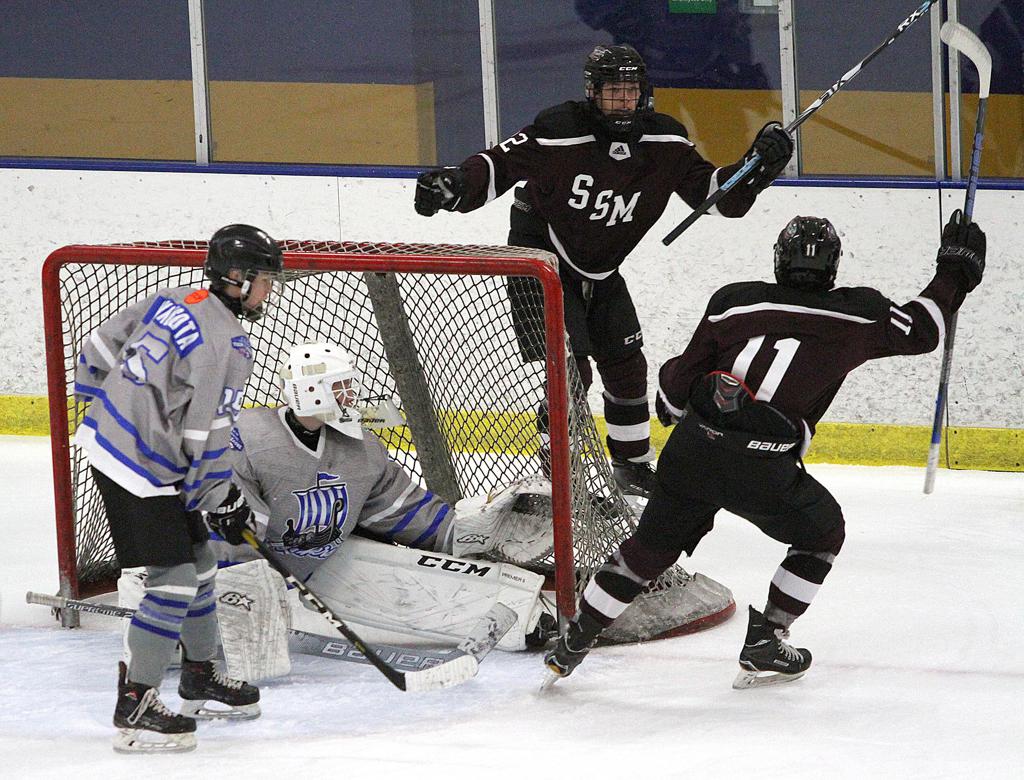 Shattuck St. Mary's used its speed, puck control, and a powerful transition to overwhelm the Lakers for a 5-0 victory Saturday afternoon at Plymouth Ice Center.

Isaac Howard (Hudson) opened the scoring a little less than 10 minutes into action when he launched a bullet into the far top shelf that went bar down to hit. Less than a minute later, Howard helped set up teammate Anthony Yu (Baldwin Park, CA), and SSM was well on its way.

SSM led by three at the first intermission, then added a pair of goals in the third to coast to victory, and etch its spot in Sunday's championship game.

Howard finished with a goal and an assist, and teammate Kaden Spaniol (Rochester) added a pair of assists to help lead the Sabres.

In goal, Christian Manz (Blaine) turned away all 17 shots he faced to earn the shutout for SSM.

The Sabres will face the Walleye for the U14 championship Sunday at PIC on Rink C.